Greta Thunberg arrested at German protests: ‘Climate protection is not a crime’ 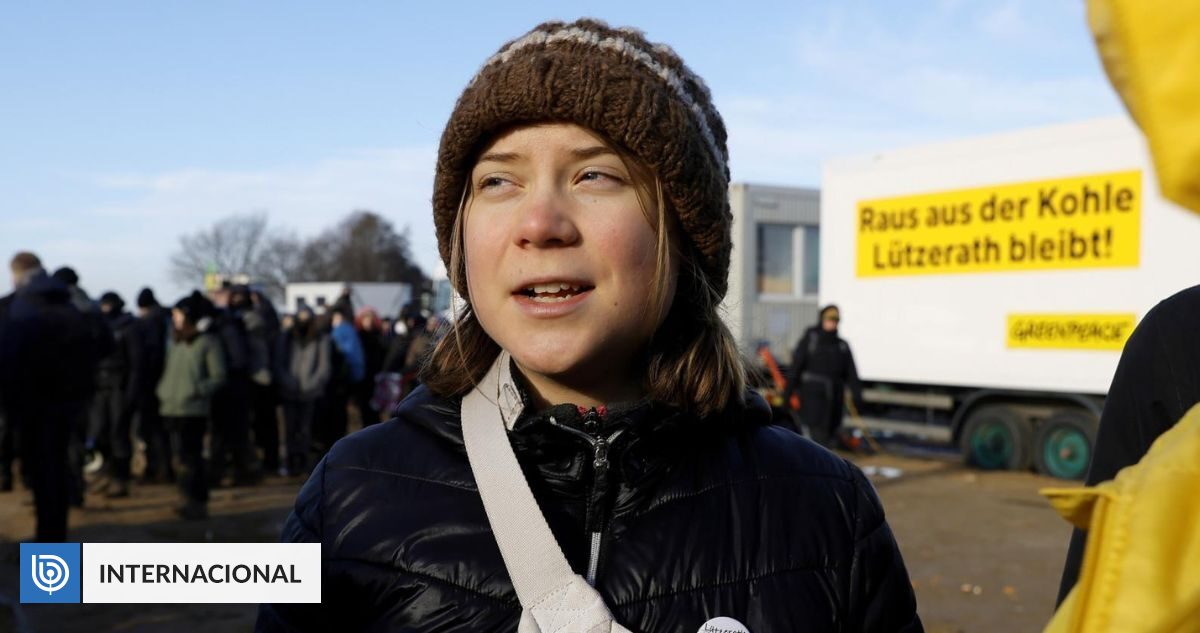 Activist Greta Thunberg has declared that “climate protection is not a crime” after being arrested during her environmental campaign in Germany. The 20-year-old Swede was evicted from the Lützerath area when others were demanding the expansion of the Gutsweiler lignite mine. Thunberg assured them they were protesting peacefully and revealed she was released by police that afternoon.

“Climate protection is not a crime.” With these words, Swedish activist Greta Thunberg justified her arrest on Tuesday during protests in Germany’s Lützelath district.

Thunberg was exiled along with dozens of others. They complained about the expansion of the Gutsweiler lignite mine.

The 20-year-old indicated through her Twitter account that she is part of the group. “We peacefully protest against the expansion of German coal mines.”

“The police hunted us down and arrested us, but we were released that afternoon.” he added.

Yesterday I was part of a group peacefully protesting the expansion of German coal mines. We were deceived by the police and taken into custody, but were released later that night.

Climate protection is not a crime.#LuetziBleibt #LuetziLebt #KeepItInTheGround #climate justice

A police source confirmed that the area was off-limits for security reasons and explained that the eviction took place because it was “dangerous” to stay there.

For this reason, the authorities took the activists one by one. It was then held temporarily to collect and identify data.

Last Saturday, Thunberg already took part in a peaceful march organized by an alliance of societies mobilized to protest the rebel movement. Demolition of the town of Lützerath Proceed to expand the mine.

Several groups of people tried to access the cordoned off-town over police fences, but police deemed it not “peaceful” but rather a “deliberate search for a confrontation.” . He utilized water cannons, pepper spray, and clubs.

The resistance has been condemned by the government of German Chancellor Olaf Scholz, with the interior ministry calling it “violent”. ‘I interfered with the work of the health team’ Activists, meanwhile, accused police of acting “with disproportionate force, including hitting people on the head with batons.”

The German government is set to abandon coal mining in North Rhine-Westphalia in 2030, but an agreement signed last year with energy company RWE will increase mining in the short term in the face of an energy crisis caused by Russian aggression. can do. Ukraine.

At 9:30 a.m., the second semi-final of the Australian Open Championship will begin in Melbourne, in which Serbian ace Novak Djokovic and American Tommy...
Previous article
Chevrolet’s ‘OnStar’ technology platform enables drivers to recover stolen vehicles
Next article
Alejandra Guzman’s double accused ‘I do’ jury of defaming her: ‘I asked her laughing’