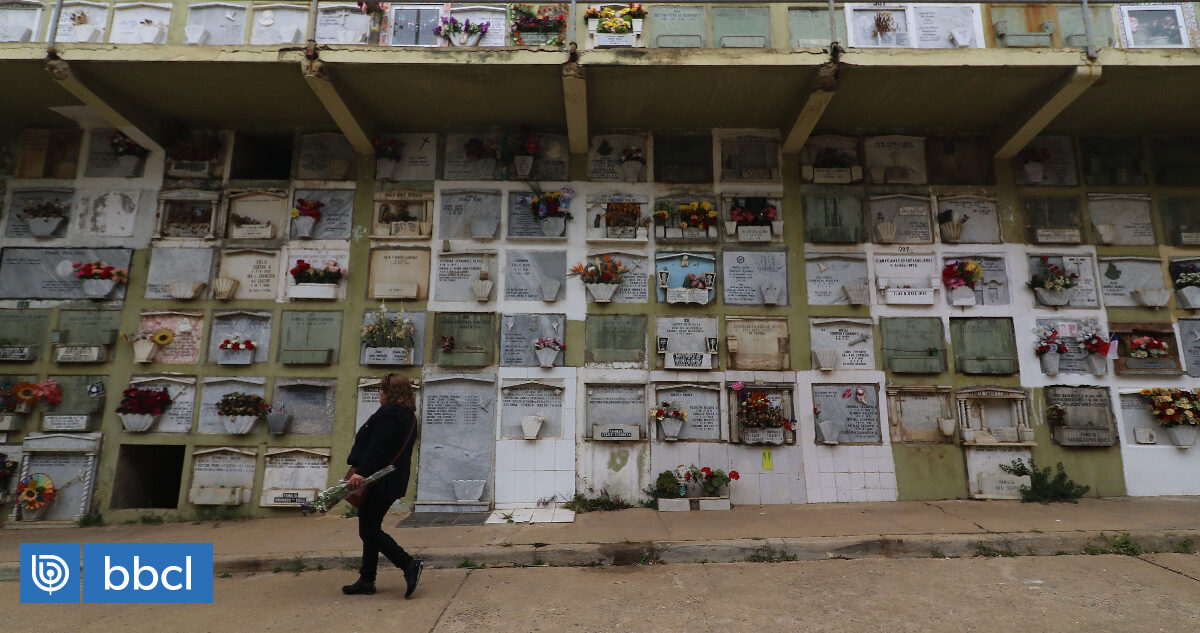 Funerals aim to give good burials to those who leave this world. But behind these positive intentions hides a largely invisible set of bad practices, according to the Organization for Consumers and Users (Odecu) and its study, Cemetery Markets and Consumer Protection.

In a recent report published on January 13, the consumer and user organization (Odecu) Serious fraud exists in the contracts of the City of Santiago cemetery.

From consumer and user organizations, they point to a range of violations committed by cemeteries, particularly issues such as lack of information, advertising and adoption of burial services.

Also, if the information is referred to, the letter states that Law 19,496 of the Consumer Rights Protection Act (Article 1(3)) has been violated because basic and timely information has not been provided to the public. points out. Clarity when negotiating pre-contracts for services.

Thus, funeral consumers I don’t know the terms of the contract in a way automatically have the appropriate funeral home signed.

Of the companies accused, those who have agreed to speak directly with BioBioChile on the matter are: Christ’s House Funeral Home . The agency noted. “We are committed to the governance and transparency of the funeral market. .” .

For their part, and to support their argument, they point to the cemetery studied at Odecu. “They do not provide information regarding payment methods, fee provisions, obligation to pay maintenance fees, the value of these fees, the existence of insurance, or the impact of non-payment of maintenance fees”, In basic processes such as exhuming bodies and moving them to common niches.

Also, the information about each service uses overly technical terms and is difficult for the average user to understand.

Contract Vulnerability: Sentimental but Not Financial

The death of a loved one is a painful moment, especially when you start grieving. However, this doesn’t seem to matter if you have users signing consent forms.

“The average consumer not only faces speed in contracting for this kind of service during vulnerable times, but also needs to be aware of interest rates, fees and other terms.” says Odechu.

Odecu President Stefan Larenas poses another question for the organization he oversees. “It’s so unusual that treating a cemetery is like buying real estate, to the point where you’re literally banished from the cemetery for non-payment.” Yes, you read that.

In this example, the sentence emphasizes the Maipu Catholic Cemetery. For such entities, executives would say, “To consumers, once a contract is signed (to permanently capture a niche), Products can only be used after all funeral service fees have been paid ”.

In other words, if you don’t pay a single yen, you can’t use anything you purchased under the contract.In addition, the funeral home Deny prior access to agreements between funeral homes and users subject to the signing of a formal consent form, which can be verified after signature.

After being consulted by BioBioChile, Maipu Catholic Cemetery did not issue a statement in this regard.

Cemetery contract: under the supervision of authorities

I am aware of the injustice National Economic Prosecutor’s Office (FNE) , through its comprehensive public attention system. Rodrigo Escobar, who is in charge of managing the division, told BioBioChile that in its technical role: fight crime by undertakers .

“We have conducted a survey of the funeral market that will be analyzed from a competitive perspective. It is intended for later publication. Escobar pointed out.

Finally, they want Odecu to: “Legislation is committed to taking action, to benefiting people at the critical moment they are going through, and to bring about real change in this marketplace they operate.” .

How can I report this type of behavior?

Similarly, the National Consumer Service (SERNAC) has a number of 800 700 100 to file complaints for free and can be accessed from any device. Also, you can record facts by: consumer portal.

If you want to know more about this subject, check out our Cemetery Market and Consumer Protection Survey below. Link.

The police killed the attackerAccording to Israeli police, eight people were killed in a shooting outside a synagogue on the outskirts of Jerusalem. ...
Previous article
No longer weekly: petrol and diesel price changes are released every 21 days
Next article
OECD forecasts significant increase in revenues from corporate tax treaties