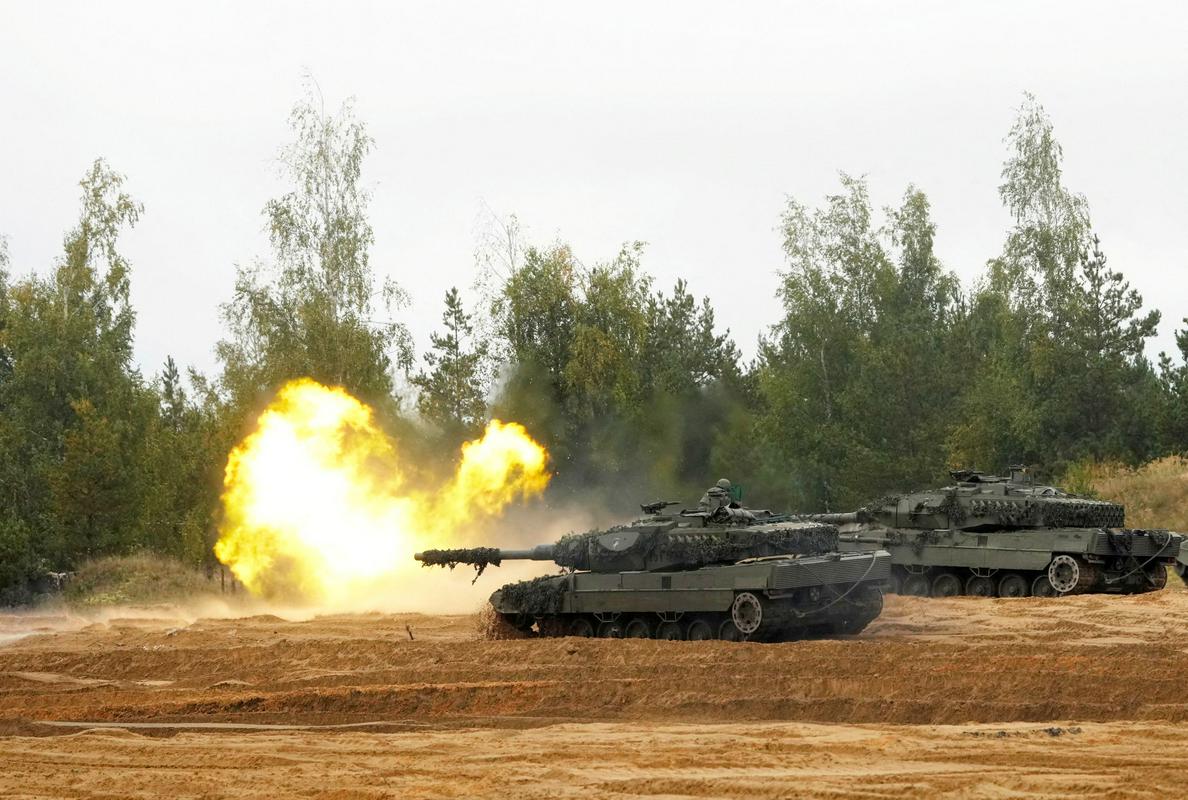 Ukrainian President Volodymyr Zelensky has been critical of Berlin’s reluctance to supply battle tanks to Ukraine, saying that sometimes they should not weigh and compare themselves with others. Russia warns the West against supplying long-range weapons to Ukraine.

“There are times when we must not hesitate,” Zelenski said on the sidelines of the World Economic Forum in Davos, where he participated in a discussion via video link together with Dutch Prime Minister Mark Rutte and former British Prime Minister Boris Johnson.

“For example, if you say: I’ll give you tanks if someone else will give tanks. I don’t think that’s the right strategy,” Zelenski said without directly mentioning German Chancellor Olaf Scholz.

“We need all the power we can get because we are fighting this tyranny,” the Ukrainian president emphasized. “We can’t do this with motivation and morale alone,” he added.

In recent days, several countries, including Finland, Lithuania and Poland, have been calling for Germany to approve the export of Leopard 2 tanks to Ukraine, which are used by the armies of several NATO member states.

According to German media reports, Scholz is ready to allow the supply of Leopard 2 battle tanks to Ukraine, but on the condition that the United States makes its Abrams battle tanks available. US President Joe Biden apparently did not commit to this in his Tuesday telephone conversation with Scholz, even though the US is said to be preparing a new large arms shipment to Ukraine.

The newspaper Bild, citing government circles in Berlin, reported that Scholz is ready to approve the supply of German Leopards as well as those used by other NATO partner countries if the US makes the Abrams available. For Scholz, it is important that Europe and the United States send battle tanks to Kiev together so that Russian President Vladimir Putin could not split NATO, Bild reported. The chancellor’s office declined to comment.

In discussions about the supply of arms to Ukraine, Scholz kept stressing that Germany would not act alone, but that it was coordinating with partners such as France and the United States. In the past few days, however, the pressure on Scholz regarding the supply of leopards has intensified. On Friday, the Western allies will discuss further arms supplies to Kiev within the framework of the contact group for assistance to Ukraine at the American base Ramstein in Germany.

US Defense Secretary Lloyd Austin, who will attend the Ramstein meeting, arrived in Berlin on Wednesday evening to discuss continued support for Ukraine in the face of Russian aggression.

Moscow warns against escalation of conflict

Russia has warned the West against escalating the conflict in Ukraine if it supplies Kiev with long-range weapons. Kremlin spokesman Dmitry Peskov told the media that this could be dangerous, as it would raise the conflict to a new level, which would not be good from the point of view of global and European security.

Peskov was responding to the words of the Russian ambassador to the United States, Anatoly Antonov, who said that Moscow would destroy any weapons delivered to Ukraine by Washington or NATO.

Russia warned the West a day before a meeting of the contact group to help Ukraine at the Ramstein air base in Germany, where NATO members are expected to provide Kiev with heavier and more modern weapons.

For several months, Ukraine has been trying to get further help in the form of heavy weapons from Western allies, but Western countries have been reluctant to do so, as they believed that Moscow could interpret such support as their entry into the war. In recent weeks, however, the rhetoric of the West has changed somewhat, and several countries have already agreed to the delivery of heavy weapons.

Previous article
Four special leaders are assigned to the Soyapango Mayor’s Office Trustees.
Next article
Jacinda Ardern, the young leader who shocked the world with her resignation