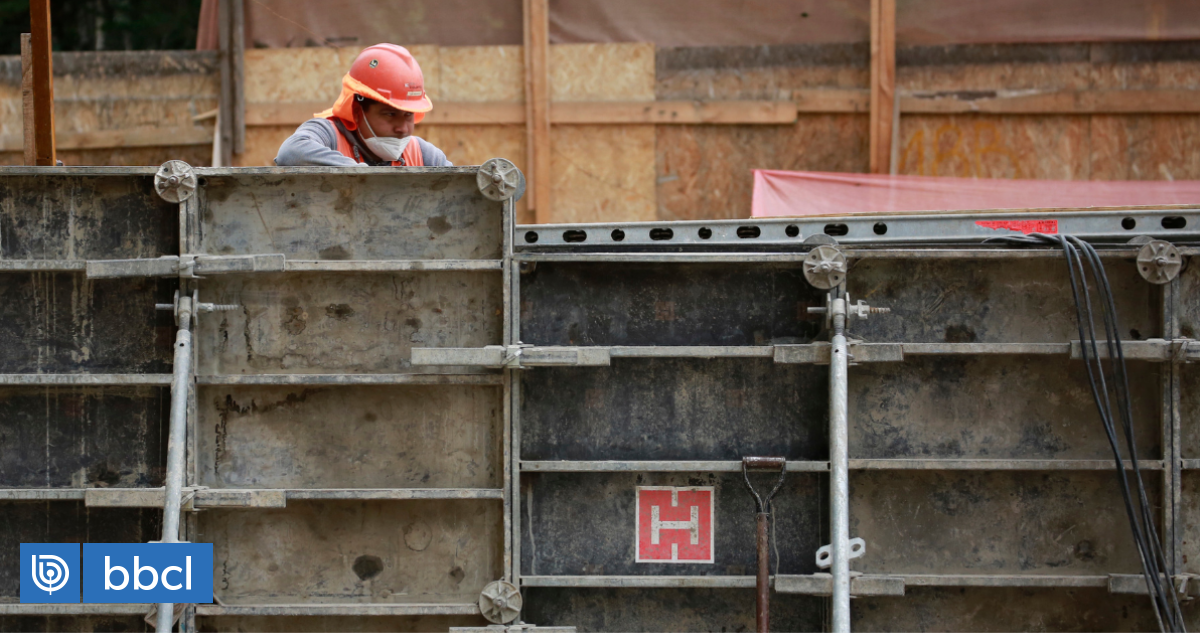 A pandemic and social crisis have hit the construction industry, which is reflected in the bankruptcies of these companies. It was confirmed this Thursday that Constructora Proyekta has requested a voluntary liquidation after closing jobs and laying off employees due to the financial crisis.

Confirmed this Thursday of construction of the project requested its voluntary liquidation due to the complicated situation they were going through years ago.

The company is a professional body made up of construction architects from the Pontificia Universidad Católica de Chile.

The company, which started its activities in 1988, develops both architectural and construction projects, and stands out mainly in the outfitting, office and industrial sectors.

Recall that several construction companies and companies in the area have filed for bankruptcy. They point to the covid-19 pandemic as a factor that has weakened the region.

As verified by financial diaryConstructora Proyekta, associated with Guillermo García and Hugo Irarrázaval, had already announced this complex situation after adding some demands from suppliers.

Proyekta announced that it had more than $26 billion in liabilities and its three largest creditors were banks Bice and De Chile, along with insurance company Cesce Chile.

“Proyekta is a construction-focused company with over 30 years of experience in the field and a specialist in residential, industrial, commercial and institutional construction projects with a broad reputation and experience.” , Garcia commented in a court presentation. .

It is worth noting that the firm is advised by attorney Ricardo Rebeco.

A representative of the company also said, “All work was completed successfully and in 30 years we have never been asked by a real estate company to enforce any policy or guarantee obtained by Proyekta.”

However, Garcia confessed that from the second half of 2022, the construction company began to experience financial difficulties.

“The reason for this is due to multiple factors that have impacted the construction industry as a whole and also impacted the real estate industry, and it is no secret that among these factors, the general It is worth mentioning the increase in materials for construction ”, stressed the company’s partners.

Therefore, he also mentioned other factors that contributed to the company’s crisis, such as labor shortages and extreme shortages of materials.

“In addition to this, Proyekta’s construction contract was a one-time payment and was not designed to significantly absorb the risk of unforeseen high costs,” said the manager.

In response, he added, “banks have begun to place stumbling blocks in granting or extending credit lines, renewing them, or simply granting the necessary guarantees to undertake new construction projects.”

Garcia, meanwhile, detailed a series of measures the company and its shareholders had to adopt. These include layoffs, task closures, lease returns, capital contributions from partners, and non-bank his loans.

He even claimed that his voters were contacted to seek their support. “We had a positive response,” Garcia said.

“This positive reaction turned into a collective panic, affecting 100% of the members. Instead of following what was agreed upon in multiple conversations to distribute the higher costs fairly , terminated various construction contracts, performed and withheld their respective guarantees, payment statements, and in other cases refused to pay for abnormal work,” the representative noted.

It was here that the historical capital of the company “disappeared”. along with the contributions of partners and non-bank loans, Garcia emphasized.

Already in this scenario, Mr. Garcia said Proyekta representatives met with various principals with a view to reaching agreements to enter into agreements reflecting the fair settlement of their respective debts. This led to the signing of deals and settlements, which generally considered, among other things, the direct payment of labor debts.

“However, some of the principals violated their assumed obligations in the transaction, particularly when they were required to make payments on behalf of Proyekta to third parties and inappropriately paid very large sums in favor of the debtor company. ,” said a partner at the company.

In addition to this, Garcia said some companies’ collection of guarantees had “unreasonably” increased corporate debt.

“These principals illegally withheld such amounts, refused to return them, and chose unjust and unlawful enrichment,” a representative of the construction company said in the liquidation request.

22 points by Aleksandar ShaškovSo far this season, the Helios basketball players have lost only twice to Krka in the national championship, and they...
Previous article
Trade unionists in Helios achieved an increase in wages and other benefits
Next article
Elias Figueroa explains in his book why he’s staying away from Arturo Vidal: He highlights Endler, Bravo and Kathrye