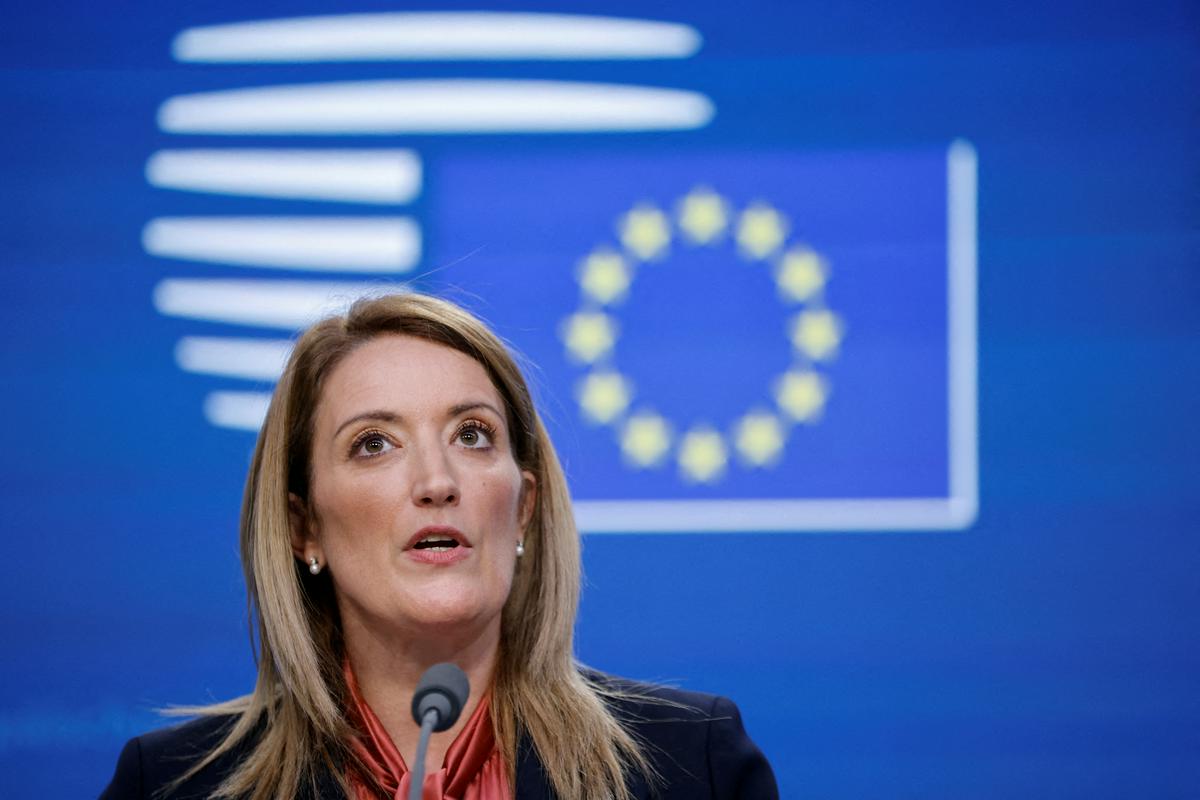 The President of the European Parliament, Roberta Metsola, declared more than 140 gifts that she received in the past year, but which she had not declared before. Among them are also gold coins, books, wine, a scarf, a chocolate cake, as well as a blue statue of a sheep and salami.

The gifts were recorded in a public document published on January 12 this year. As stated by the Brussels web portal Politicsit is a public record that is rarely updated by MPs, whereby Metsola brought in the gifts, but she missed the deadline. In accordance with the internal rules, Members of Parliament must declare gifts by the end of the month following the month in which they were received. Whoever breaks these rules is not necessarily punished. The Code of Conduct only stipulates that sanctions may be imposed in case of violations.

Spokesman Metsol defended the delay in reporting the gifts, noting that her predecessors were not bound by the aforementioned rules and had not “declared anything” in the past, reports the French news agency AFP.

Metsola is now trying to change this practice, he further explained and assured that the president will respect the deadline in the future. She decided to publish the gifts to “increase transparency” and “lead by example”.

“In the current system, the President of the European Parliament is the only one who could enforce ethical rules and must be a role model in her conduct,” he tweeted at the news regarding the gifts Metsol wrote down the professor EU law at the Paris Business School HEC Alberto Alemanno. But in his opinion, it is just another case that shows “a pattern of wrongdoing that makes (the president) culturally and politically unfit to fix the Qatar affair,” he added.

The European Parliament is currently being rocked by one of the biggest corruption scandals involving MEPs who allegedly took bribes in exchange for defending the interests of Morocco and Qatar at this EU institution. Metsola because of the scandal, she promised more transparency in the work of the parliament and new rules in the fight against corruption. Last week, she proposed reforms that, among other things, provide for stricter rules on lobbying.

Nicholas Aios from the NGO Transparency International welcomed the move Metsol and some other MEPs who declared the gifts they received, while warning that they were appealing to a system that is “broken”.