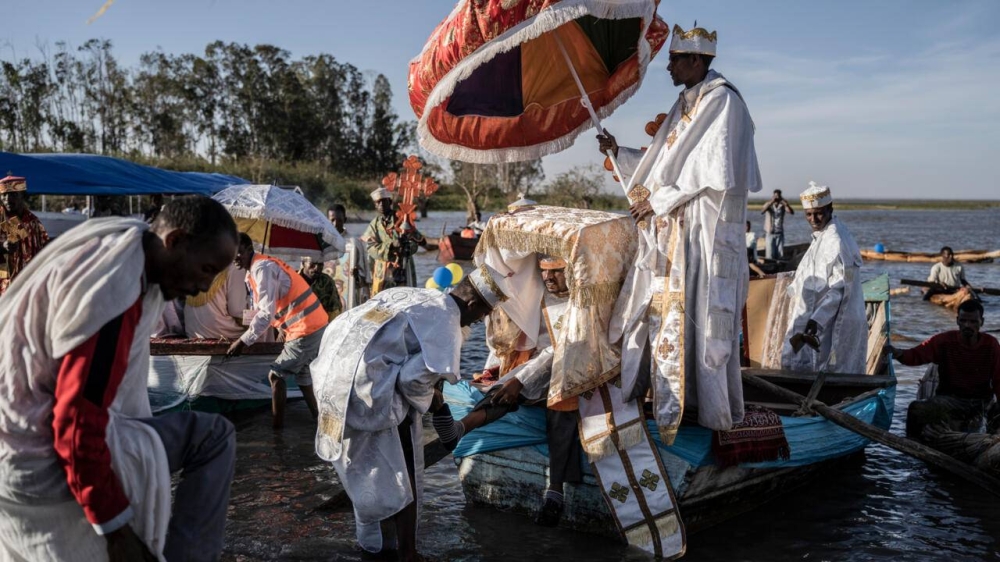 Some people prefer to get their face wet in the lake / AFP.

Thousands of devotees gather in the middle of Ethiopia’s Lake Ziwei on papyrus or traditional boats to celebrate the orthodox Epiphany, ‘Timkat’.

In the city of Batu, 170 kilometers from Ethiopia’s capital, Addis Ababa, the lake is the center of Ethiopia’s largest religious celebration commemorating the baptism of Christ. Thousands of people gathered on Wednesday.

Accompanied by the Areopagus, who wears ceremonial robes of red, blue, white and gold, they carry on their heads a “tabot,” a replica of the Torah tablet.

Sitting in boats laden with icons and crosses, they sit in the middle of the lake, where faithful people dressed in white sail in boats, simple boats, or a kind of traditional kayak made of papyrus stems. Participate in a certain “Tankwa”. .

For two hours, dozens of boats surround the ‘Tabot’, singing and clapping.

The devotees then return to shore and are greeted by a festive procession of songs, drums, bells and horns.

A night of prayer then begins until the next morning, when the priest returns to the boat to bless the waters of the lake.

On the shore, enthusiasm and meditation are replaced by smiles and joy.

People run happily to the holy water that the clergy hose over the crowd.

Some devotees prefer to wet their faces directly in the lake while children splash and dive.

The capital, Tariq Tadesse, will attend the ceremony for the first time.

“It’s unique, the celebration starts and ends with water,” explains a 45-year-old man who came with his wife and two children.

Local religious and administrative authorities want to promote the Oromia region with the festival of Timkat, which has made the western city of Gondar famous.

In a country economically devastated by the COVID-19 pandemic and two years of war in the north, tourism is a great source of hope for its citizens.

“Tourism recovery is very important. We are ready,” he adds optimistically.