Ukraine demands more weapons ahead of important meeting of allies 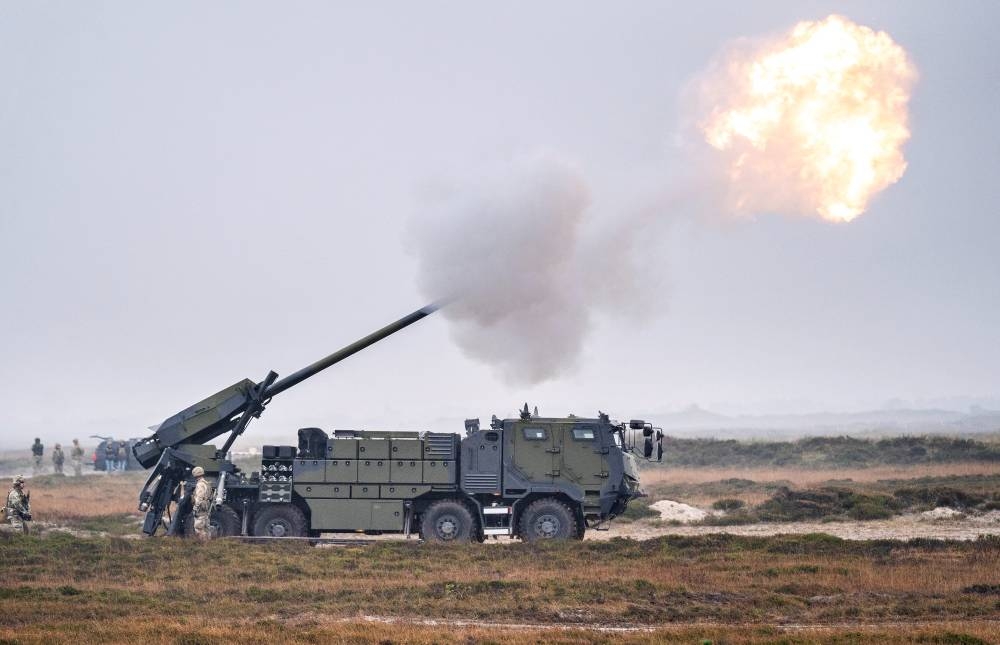 Russia has threatened to retaliate if Ukraine receives long-range weapons.

Ukraine demanded more weapons to resist Russian aggression on Thursday, telling its allies to “stop trembling” in front of Russian President Vladimir Putin on the eve of a meeting of Western countries on aid to Kyiv. I urged

Russia has warned of the risk of “dangerous” escalation if Ukraine receives long-range weapons capable of striking its territory.

The exchange of statements took place on the eve of a meeting in Ramstein (Germany) between Defense Ministers and senior officials of the US-led 52-state Contact Group on Ukraine.

The meeting will discuss the coordination of aid to the former Soviet republics, which have resisted Russian aggression for almost 11 months, in particular the provision of heavily armored vehicles and modern anti-aircraft defense systems.

Britain has already pledged 14 Challenger 2 tanks and an additional 600 Brimstone missiles. Denmark reportedly delivered 19 of her Caesar long-range guns to Ukraine, and Sweden announced the shipment of Archer long-range guns.

European Council President Charles Michel, during a visit to Kyiv, expressed his confidence that Ukraine would receive the claimed tanks.

“We heard the message, we need more artillery and air defense systems and more ammunition,” therefore, “we need the delivery of tanks,” Michel tweeted.

The president of the Council, a European Union body that brings together heads of state and government from the 27 European Union member states, said of the development of the war, “We recognize that the coming weeks can be decisive. I do,” he added.

The coveted German Leopard tanks are under pressure, and experts say this will be crucial in the fighting in eastern Ukraine.

Ukrainian President Volodymyr Zelensky criticized the unrest in Berlin. Reportedly, Berlin would be happy to hand over Leopards if the US sent a powerful Abrams armored vehicle.

“Sometimes you can’t doubt yourself or compare yourself,” Zelensky said in a videoconference speech at the World Economic Forum in Davos, Switzerland.

But European Union commander General Christopher Cavouri (Saceur) warned that Western tanks would not be the “silver bullet” to defeat Russia.

“There is no silver bullet weapon system. There must be a balance between all systems,” he said after a NATO military leadership meeting in Brussels.

But the West fears it will escalate if these weapons attack Russian territory and bases in Crimea, which was annexed by Russia in 2014, despite promises in Kyiv.

Dmitry Peskov, a spokesman for the Russian presidency, said that leaving such firepower in Ukraine’s hands was “potentially very dangerous” and that the conflict “is, of course, not a good sign for European security.” “I’m taking it to a new level,” he said. .

On the front lines, Russian forces, with the support of the Wagner paramilitary group, are stepping up efforts to capture Bakhmut in the Donetsk region (east).

In the last 15 days, Russian forces gained some ground and conquered the nearby town of Soledal, which had been ravaged by artillery fire.

Russia also announced that it had launched a “localized offensive” on the Southern Front near the town of Orjeev.

Since the Russians withdrew from the city of Kherson in November, the sector has barely moved.

In recent months, thanks to Western weapons, Ukraine has been able to bring back a series of setbacks to Russian forces and successfully retake important territories in the northeastern and southern parts of the country.

Previous article
Selectors Sub-17 play the first of two friendly matches against Guatemala before the World Cup
Next article
Felipe Contreras fired Commissioner Valdez: he helped him prepare for his role in the Game of Illusions