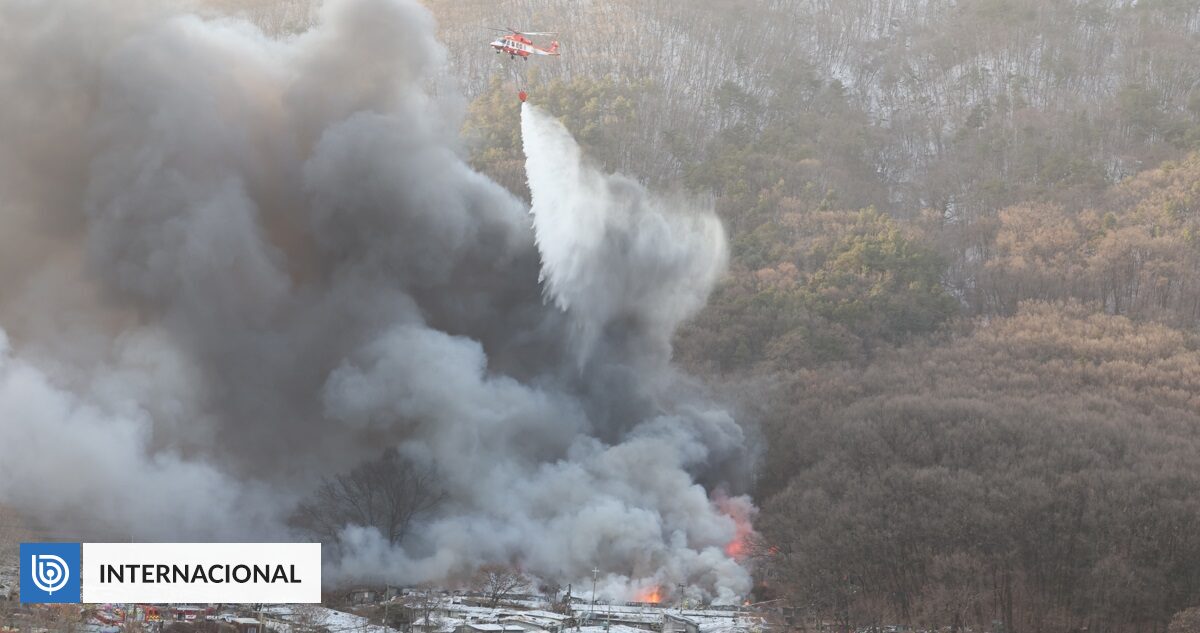 About 500 people have been evacuated after a fire broke out in Kowloon, a slum in South Korea’s capital Seoul.

Fires spread to neighborhoods of temporary housing in the capital Korea At least 60 homes were destroyed this Friday morning (locally), forcing about 500 residents to evacuate, the fire department reported.

Officials said firefighters were controlling the blaze in the Kowloon slums, Seoul’s only remaining neighborhood, and there were no immediate reports of injuries or deaths.

Shin Young-ho, an official with the Seoul District Fire Department, said rescue teams were still searching the fire-affected areas, but all residents were believed to have evacuated safely.

More than 800 firefighters, police officers and civil servants were deployed to fight the blaze and evacuate those affected.

The fire started around 6:28 a.m. local time this Friday (6:28 p.m. Thursday in Chile) in this community in the Gangnam district.

Singh said the cause of the fire is under investigation, but it is presumed that the fire broke out in one of the houses made of plastic sheets and plywood.

A big fire broke out in Kowloon Village, known as Seoul’s “last shanty town”. About 500 residents were evacuated.pic.twitter.com/v6SaQ77Z4p

About 500 residents were evacuated to nearby facilities, including a school gymnasium, said Kim Ah-reum, an official at the Gangnam District Office. The authorities plan to transfer them to the hotel later.

President Yoon Suk-yeol, during his visit to Switzerland for the Davos meeting, instructed to mobilize all available resources to minimize damage and casualties, his spokesman Kim said. Mr Une said.

Kowloon is located in the southern part of Gangnam and is home to some of the most expensive real estate in the country.

This settlement occurred in the 1980s when poor residents of the area were forced to leave their homes in the face of ongoing urban development projects in the city.