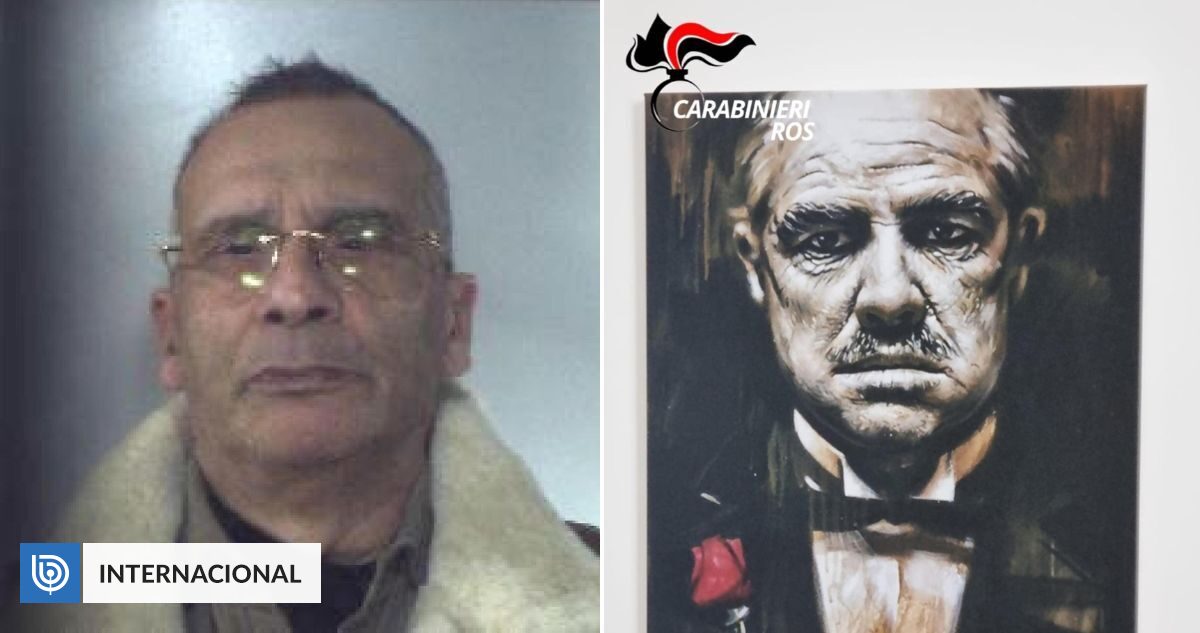 Godfather posters, jewelry, notebooks with notes, condoms and other items were found in the hiding place of Cosa Nostra leader Matteo Messina Denaro, who was arrested after 30 years on the run. No money has been found at this time, but investigators in the case have assured Messina Denaro had a large sum of money with him.

Researchers poster of godfatherjewelry, notes Others in the house where the chief of Cosa Nostra, Matteo Messina Denaro, was arrested after being on the run for 30 years.

Images of these posters, which were among the belongings of the criminal arrested on Monday, were released this Friday and are located in three houses in the Sicilian town of Campobello di Mazara, where he is believed to have been hiding in his last hiding place. was.

First of all, a large poster of Don Vito Corleone appearing in the movie. godfatherBy Francis Ford Coppola.later They found another Joker, the comic book villain using one of his phrases: “There’s always a way. If you can’t find it, destroy it all.”

The investigation is being conducted in that town, less than ten kilometers from his native Castelvetrano. He lived in hiding from the courts until his arrest in the capital Palermo last Monday. He went to a clinic for cancer treatment.

In these three hiding places, in addition to posters, Precious stones, journal with notes, folders with notes and accounts This should be deciphered now.

great poster of godfather He presided over the halls of the first house that was discovered. Also, a notebook with notes on more personal topics such as issues of state affairs and rejection of a daughter he never met.

But according to Italian media, investigators’ attention is focused on a folder that the mafia boss meticulously kept with notes and several accounts. Messina Denaro’s monthly cost is estimated at almost €10,000 led a high standard of living through outings to restaurants and purchases of branded clothing.

Like a dinner at a restaurant he paid 700 euros for, perhaps because he covered the costs of everyone in attendance.

among his possessions viagra pills and condom in addition to numerous shoes from valuable enterprises.

Other Hideouts of the Cosa Nostra Leaders

After the discovery of the first hideout, a second house was discovered this Wednesday where Messina Denaro is believed to have lived at 34 Via Maggiore Toselli, about a kilometer away from the first. they found a hidden room behind the closet Where jewelry, gemstones and related documents were found.

The third house, also about 200 meters from the first in this small town of about 11,000 people, was completely empty.

Everything shows Messina Denaro It seems that he lived there until last June. when he decides to move to another apartment without knowing why.

The first house is owned by Andrea Bonafede, an acquaintance of Matteo Messina Denaro since childhood, and when he was caught near the La Maddalena clinic in Palermo at the time of his arrest, the “capo” was found in his home. It’s the name I had on the document.

No money found at this time which Messina Denaro had in large quantities, not even the so-called “Toto Liina Archives”.

These are righteous cooperations that ensure that the chief of the “Corleonese” gave him all the secrets of the attacks in Italy in the 90s, such as those written by the anti-mafia mafia magistrates Giovanni Falcone and Paolo Borsellino. Documents mentioned by

At 9:30 a.m., the second semi-final of the Australian Open Championship will begin in Melbourne, in which Serbian ace Novak Djokovic and American Tommy...
Previous article
Sierra Leone passed legislation to improve the position of women
Next article
Treating seemingly banal affairs as a facade for thinking about higher forces and powers