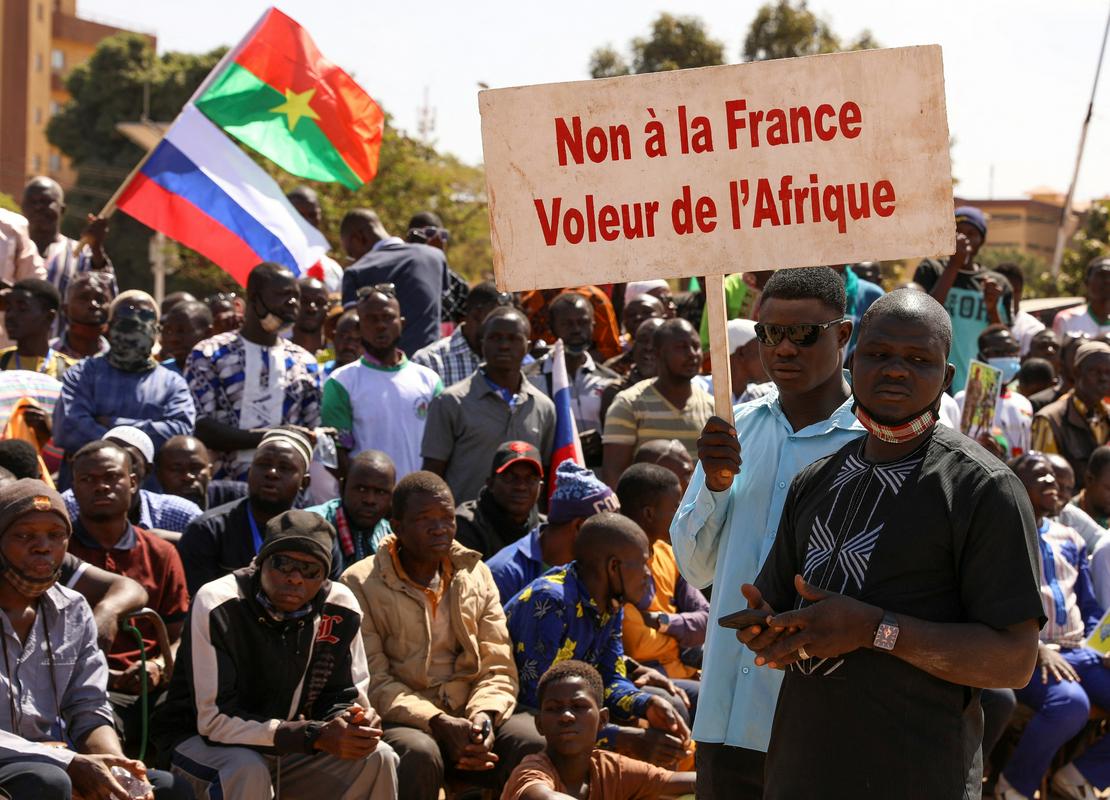 The military junta that took power in Burkina Faso last September ordered the French army to withdraw from the country within a month.

Agency d’Information du Burkina, the government’s news agency, said authorities on Wednesday abrogated a 2018 military agreement that allowed French troops to be stationed in the country.

On Friday, a mass rally was held in the capital, Ouagadougou shouted anti-French slogans and urged the French army and ambassador to leave.

At the rally, they also expressed their support for the military leader Ibrahim Traoreand many flags of Russia were also seen.

Opposition to the French army in Burkina Faso is also due to the feeling that their presence has not improved security in the country, reports Deutsche Welle. As a result of the violence, 1.7 million people, including nearly 900,000 children, were displaced across the country of 22 million.

Last September, after nine years of conflict with the authorities, France also withdrew its forces from neighboring Mali, where a military junta took control in 2020. The reason for France’s withdrawal was also the conclusion of deals by the Malian authorities with the Russian mercenary group Wagner.

2,400 French soldiers were stationed in Mali and were transferred to Niger and Chad. Only 400 were operating in Burkina Faso specialistsbut despite the withdrawal of the French army from both countries, there are fears of the rise of Islamist extremists.

Burkina Faso gained independence from French rule in 1960. The official language in the country remains French.

Brooklyn crushed the weakened Lakers in the last quarterDallas basketball players do not find the right form in January. They are currently in...
Previous article
In Cortina, the Norwegian is ahead of all the favorites, Ilka Štuhec in 13th place
Next article
At 10:30 the first slalom run