Vučić: Serbia faces serious consequences if it does not accept the normalization plan 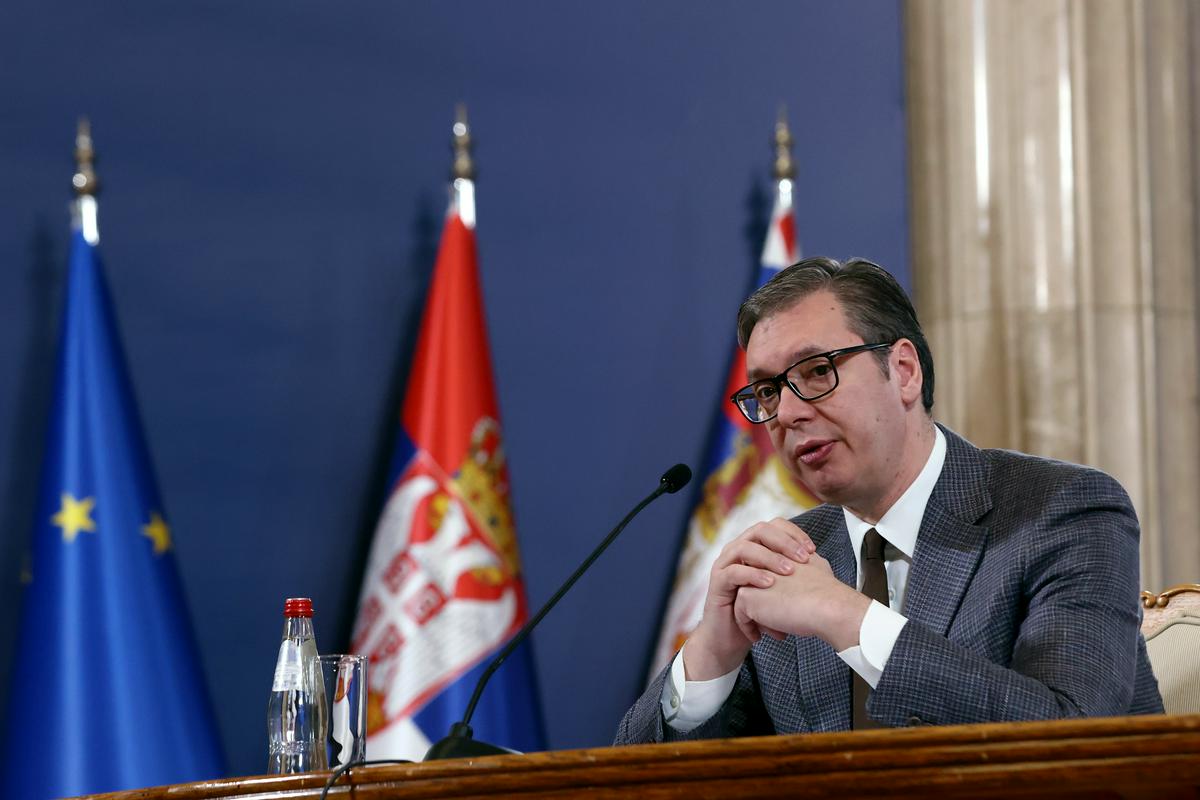 In his address to the citizens, Serbian President Aleksandar Vučić announced that Serbia faces serious consequences if it does not accept the plan to normalize relations with Pristina, which is supported by all EU members, including those that have not recognized Kosovo.

The plan for Kosovo, presented by Washington and Brussels, has actually become the negotiating framework for Serbia’s entry into the European Union, Vučić said in his speech.

The plan, says the Serbian president, has become a new negotiating framework, and mediators from the EU, the US, France, Germany and Italy told him three times at the end of last week, Yes Belgrade must accept it, he reported for Radio Slovenia Boštjan Anžin.

According to Vučić, the consequences of refusal would be the suspension of negotiations with the Union, a reduction and then withdrawal of investments, isolation, severe economic and political consequences, and the abolition of the visa-free regime with the Union. As he says, the time for reason, a rational approach to solving the issue has passed.

“No one wants to even listen to me, none of us, from those who want to be heard. They have their own agenda, which is the defeat of Russia, and they will wipe out everything along the way,” he said.

Vučić: A peace agreement with Kurti is not possible

As he said, he still calls for compromises, for finding solutions for a long-term peace with the Kosovo Albanians, which, according to him, is otherwise the case with the Kosovo Prime Minister Albin Kurti it is not possible. According to Vučić, the Kosovo side can do what it wants, there are a series of incidents, the latest with the shooting on Monday, but always Yes Serbia is to blame.

Vucic said Yes they want to involve Serbia in a conflict with NATO in Kosovo, but they do not want to implement the commitment on the Union of Serbian Municipalities, which they insist on.

Serbia must talk, must participate in dialogue and must continue its European path, not because I admire their hypocrisy when it comes to respecting the United Nations resolution, but because without it we would be politically and economically lost, says Vučić.

Vučić calls for a broad discussion, but insists, Yes a frozen conflict would be the worst option for the Serbs in Kosovo.

In his address to the citizens, Vučić also said, Yes they agreed on further steps at the government meeting. He announced Yes will invite representatives of all parliamentary groups to talks in the next few days and inform them of what is behind the plan and what are its objectives, reports the Serbian news agency Tanjug.

Previous article
A lion, a leopard, a wolf and the image of hell – Schiaparelli raises dust with a fashion show in Paris
Next article
international education day