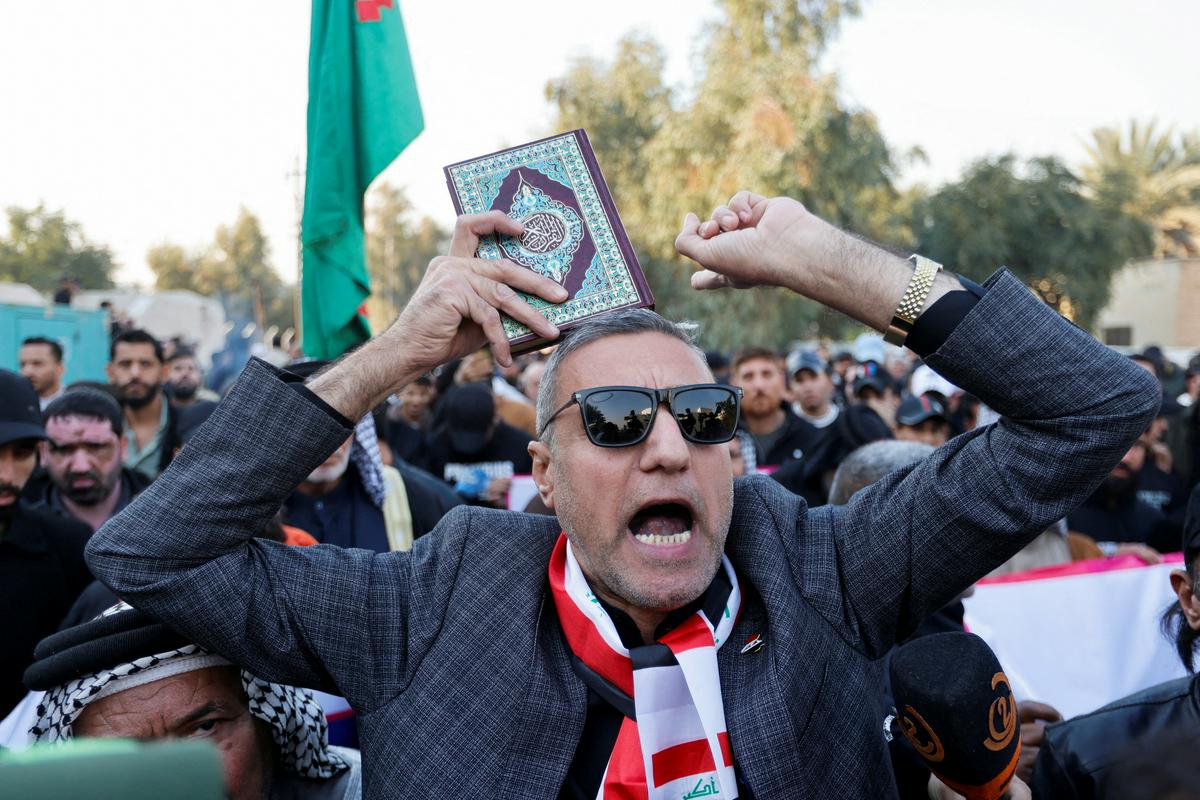 Turkey has summoned Dutch ambassador Joep Wijnands for talks after a member of the anti-Islam Pegida movement tore up a copy of the Koran in The Hague on Sunday and circulated a video of it on social media.

Ankara expects concrete measures from the Dutch ambassador to prevent similar protests in the future, the Turkish Foreign Ministry announced.

Edwin Wagensveld, head of the Dutch branch of the Pegida movement, tore out several pages from the Islamic holy book during a protest in The Hague on Sunday. Footage on social media also showed him walking on torn pages.

The protest in The Hague came just a day after a rally led by right-wing extremist Rasmus Paludan burned a Koran in front of the Turkish embassy in Stockholm on Saturday. Turkish President Recep Tayyip Erdogan immediately condemned the act of the extremist and added that Sweden should not count on Turkey’s support in joining NATO.

Swedish politicians condemned the extremist’s actions, but at the same time defended the broad definition of freedom of speech in their country. Finland has announced that it will consider joining NATO without Sweden.

Protests against Islam have already helped Erdogan consolidate his religious base in previous elections. The Turkish president should count on this this time as well, as the new presidential and parliamentary elections in Turkey, which will take place on May 14, are approaching.

Protests in Afghanistan, Pakistan and Iraq

Several hundred people protested in Afghanistan and Pakistan after Saturday’s rally in front of the Turkish embassy in Stockholm, where Swedish-Danish right-wing extremist Rasmus Paludan burned a Koran. Protests against his action also broke out in Iraq, while in Indonesia the Swedish ambassador was summoned for talks.

Hundreds of Afghans protested in the eastern city of Khost, near the border with Pakistan. “Death to the Swedish government, death to such politicians,” chanted protesters in the city’s main square.

“The people of Khost condemned the burning of the Koran in Sweden and called on Muslim countries to raise their voices against this evil and dirty politician,” said one of the organizers. According to another, such acts “should not be repeated so as not to create hatred for other religions in the hearts of Muslims”.

The Afghan Foreign Ministry had previously condemned Paludan’s action. In a statement released on Sunday, it called on the Swedish government to “punish the perpetrator” and stop “such abhorrent and provocative anti-Islamic and anti-Muslim acts”.

Protests also broke out in neighboring Pakistan, where protesters chanted “Shame on Sweden” in the eastern city of Lahore. “Under the guise of freedom of expression, the religious sentiments of 1.5 billion Muslims around the world should not be hurt. This is unacceptable,” Pakistani Prime Minister Shehbaz Sharif tweeted on Sunday.

Protests against Paludano’s burning of the Koran also broke out in Iraq, while Indonesian authorities summoned the Swedish ambassador to the country for talks over the incident.

A battle has begun among the internet search giants to impose their own artificial intelligence models....
Previous article
Cece’s performance at the curating event raises dust
Next article
Santos from Portugal to the Polish bench