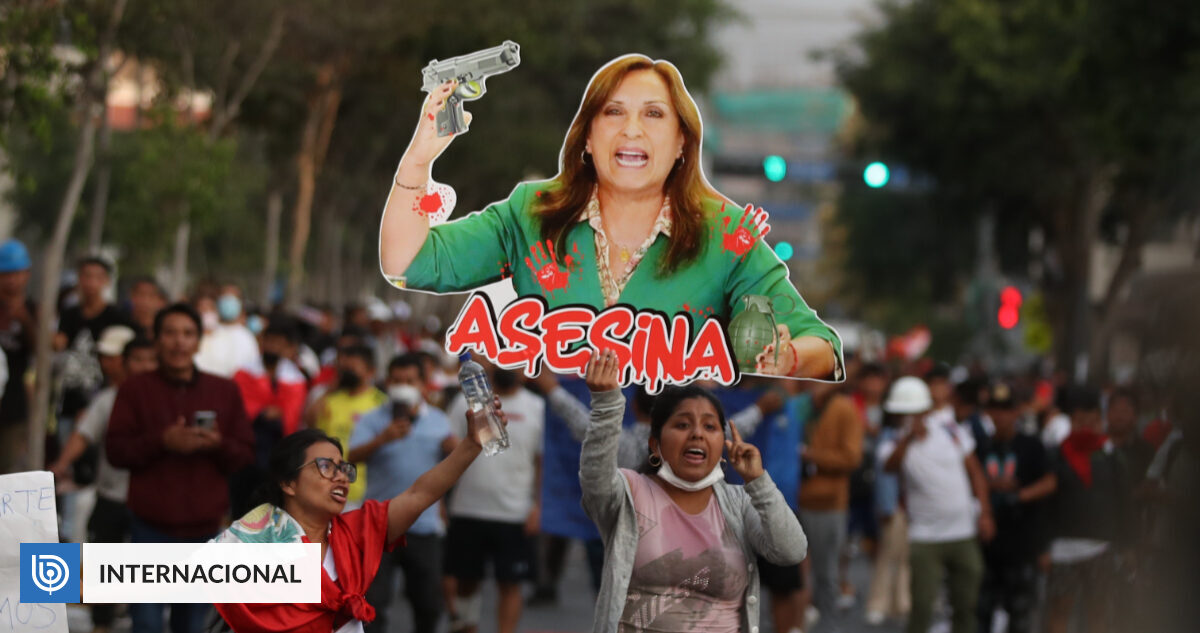 Dina Bolarte declares “I call on my beloved motherland to a truce so that we can start the table for dialogue and, better yet, set the agenda for each region and develop our people”. Did.

Peruvian President Dina Boruarte on Tuesday called for a “national truce” for anti-government demonstrators to overcome the social and political crisis rocking the country.

This reiterates his call for “peace and unity” in addition to “joining the table for dialogue”.

The president has urged the public ministry to expedite an investigation to identify those responsible for the violence and deaths at the protests demanding his resignation.

Since December they have already claimed the lives of over 60 people.

Boruarte, who called for a second “pardon for the deceased” today, argued that his country “experiences a violent situation caused by extremist groups” and has its own political and economic He added that he had a serious agenda.

“This economic[agenda]is based on drug trafficking, illegal mining and smuggling,” he said, adding that for this reason the protests were concentrated above all in the South.

He made specific reference to Puno, an area bordering Bolivia, which he said was “virtually occupied.” On the other hand, he recognized that so far the executive branch’s attempts at dialogue in this area have been fruitless.

He also claimed that protesters were using “artisan tools to shock and kill”, such as so-called “dum-dum” bullets.

“Unofficially, we know that a lethal weapon called Dum Dum has entered the border between Peru and Bolivia,” he added.

Bolarte was confident Congress would authorize elections to run until 2024 after he openly accused former President Pedro Castillo of being responsible for Peru’s “bloodshed”.

Regarding the latest events in Lima, where thousands of protesters from other parts of the country have traveled, the president has again defended the “immaculate” behavior of law enforcement officials.

After this, he criticized the existence of foreign narratives that questioned his legitimacy as president.

Finally, the president declared Peru to be a “democratic country that respects the rule of law and respects institutions.”

Additionally, he virtually attended a meeting with the Organization of American States (OAS) this Wednesday, claiming he would tell the “truth.”

She warned that the world refuses to honor older womenAmerican musician Madonna, who found herself in the spotlight after the Grammy Awards for her...
Previous article
The tragic fate of Salvadorans who fell into extreme poverty in Tabasco
Next article
FIFA unveils ‘Oceans’, the official ball for the 2023 Women’s World Cup