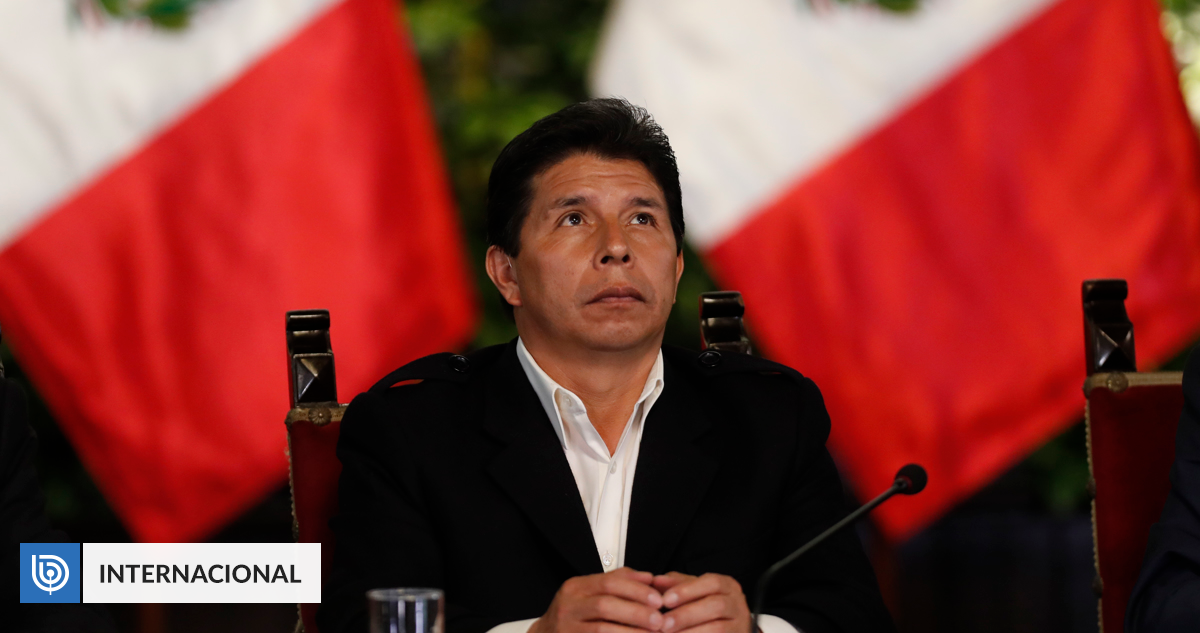 Peru’s Minister of Foreign Affairs, Ana Gervasi, expressed regret this Tuesday when she addressed the Summit of the Community of Latin American and Caribbean States (Celac). At a conference in Buenos Aires, he said there was a government that did not accompany “Peru” after the failed self-coup of former President Pedro Castillo.

“It is unfortunate that some governments of particularly close countries did not accompany Peru in this difficult institutional situation, prioritizing ideological affinities over explicit support for the rule of law and constitutional succession.”12 Attempt on March 7 and the inauguration of the head of state by Dina Bollarte, who had been vice-president until then.

In Gervasi’s opinion, some countries he did not mention directly “seek to establish a distorted narrative that does not match the objective events that occurred in Peru”.

“In 2023, After the majority of countries in the region experienced a traumatic episode of constitutional failure with extremely painful sequelae, “It is impossible to unanimously reject attempts to illegally shut down the parliament and institutions that protect our democracy.”

On December 7, in a speech read at the Government Palace, Castillo ordered the closure of Congress, the reorganization of all organs of the judicial system, and the establishment of an emergency administrator to govern by decree.

Following that announcement, Congress closed its doors to prevent its dissolution and voted 101 to 130 to remove Castillo.

Referring to the anti-government protests that began after 11 December, calls for Boruarte’s resignation, calls for general elections, and the convening of the Constituent Assembly in which 62 lives were lost, Mr Gervasi said the Chief Executive had “a tragic loss of life”. I regret the loss,” he said.

He stressed that these were “investigated” by the Public Prosecutor’s Office, which “has complete autonomy” and “ensures that those responsible are tried and sentenced according to the law.” emphasized.

“It is false and offensive to refer to or imply that the government authorized the violent repression of protesters as it is today,” he concluded.

Just before his speech, Chilean President Gabriel Boric assured that Peru needed a “change of course” in the face of last month’s “unacceptable” violence.

“Today, we cannot remain indifferent to those who march in our sister country, Peru, and demand what they see as fair, being shot by those who have to protect them.”

Mexican President Andrés Manuel López Obrador, who did not attend the Buenos Aires conference, called for a joint statement against “repression” in Peru and the release of former President Castillo.

In a video message sent to the 7th Serac Summit, the president said, “We must not leave the brotherly people of Peru alone. What they did to Pedro Castillo and what they oppressed The way they were doing it was disgraceful.”

She warned that the world refuses to honor older womenAmerican musician Madonna, who found herself in the spotlight after the Grammy Awards for her...
Previous article
Luis Sliming reveals El Flaco joke he didn’t let in Ormue’s routine
Next article
Paris Hilton reveals surrogate mother: ‘You are already loved beyond words’