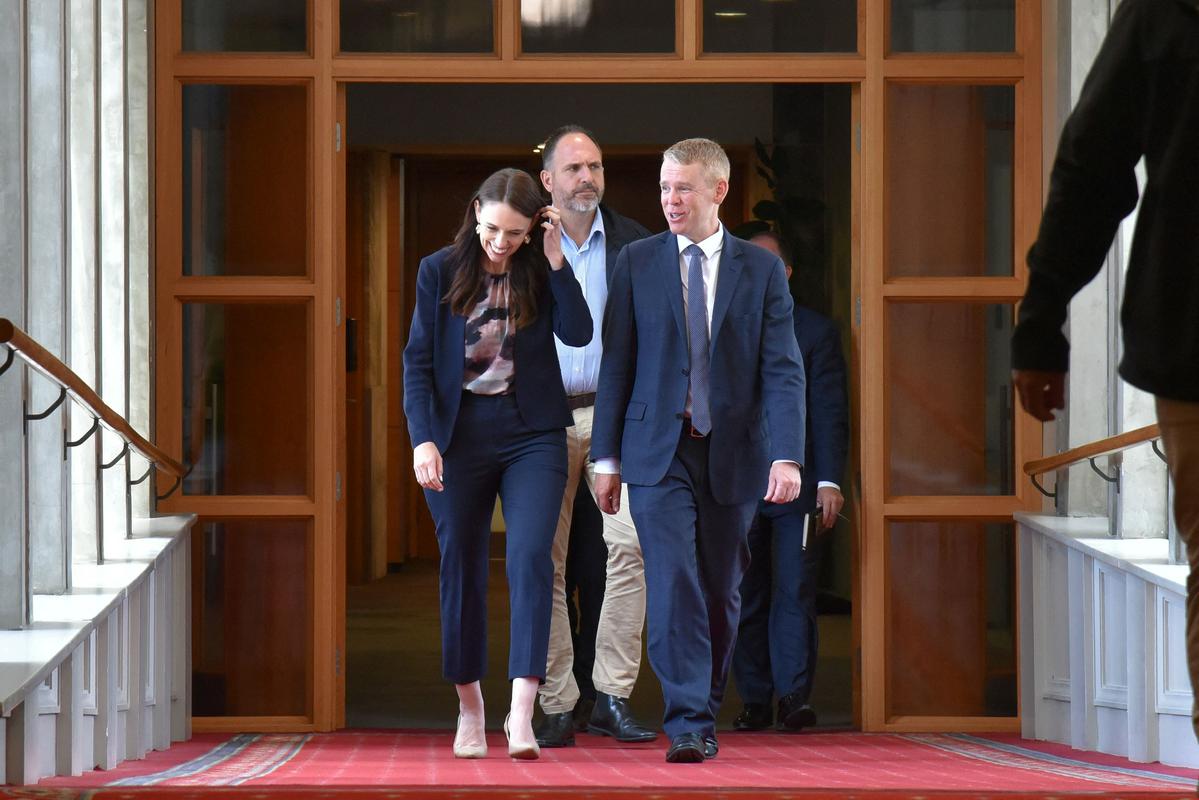 Chris Hipkins unexpectedly takes over the leadership of New Zealand’s government today, after Jacinda Ardern announced her retirement, and in the coming months he faces the challenging task of convincing voters for a full term. Kiwis face an election on October 14.

For the past three years, as Minister for Health and Covid, he has been very much at the forefront during the epidemic, and now he will be the first face of New Zealand. The 44-year-old was otherwise a close ally Jacinda Ardern, as Reuters reports, she often consulted him when tensions arose within government ranks. Hipkins has announced that he will continue her style of government, while also trying to leave his own mark.

“Obviously it’s a bittersweet moment. I’m very honored to be taking up the post, but as you know, Jacinda is a good friend of mine,” he said on Tuesday as Jacinda said goodbye to the post.

He faces tough challenges: the Labor Party, which he took over on Sunday, is lagging behind in opinion polls and the country is tipped to slide into recession next quarter.

Hipkins was first elected as an MP in 2008, and was in the forefront mainly as the competent minister during the epidemic. In July 2020, he became the Minister of Health, and at the end of the same year, the Minister for the Response to Covid-19. As is known, New Zealand had one of the strictest covid policies, and was also among the first in the world to close its borders. The country was almost hermetically sealed, and the few new arrivals had to undergo a strict quarantine lasting several weeks, with which those responsible made sure that they could not introduce a new virus into the country.

In the first half of 2021, the country was infection-free, but the citizens grew tired of the strict zero-tolerance policy, in which they implemented a complete lockdown of the country with every single infection. Criticism of the government multiplied as authorities grappled with the spread of the virus in August 2021.

New Zealand only reopened its doors to tourists last April, after almost two years of complete closure due to the pandemic. Australians could travel to the island from April 12, and other foreigners from May 1.

Hipkins later admitted that some mistakes were made in the fight against the new coronavirus. “In the last five and a half years, and especially in the last few years, I have faced some great challenges,” he said. “And, as you know, I’m human. I’m going to make weird mistakes from time to time. I’m trying and the mistakes are mine.”

It will be tense before the October elections

The level of support for Labor has fallen from 40 percent to 33 percent since the beginning of the year. If these percentages were to apply, then the party would not have a majority even in a coalition with the Green Party, which has 9% support. On the other hand, the opposition National Party has strengthened, so Hipkins has challenging months ahead.

“My commitment is to provide opportunities for all Kiwis who want to work hard to be able to do so and make a better life for themselves and their families,” said Hipkins, who grew up north of the capital Wellington with his brother and parents.