Germany will send 14 leopards to Kiev. Kremlin: These tanks burn like all the others. 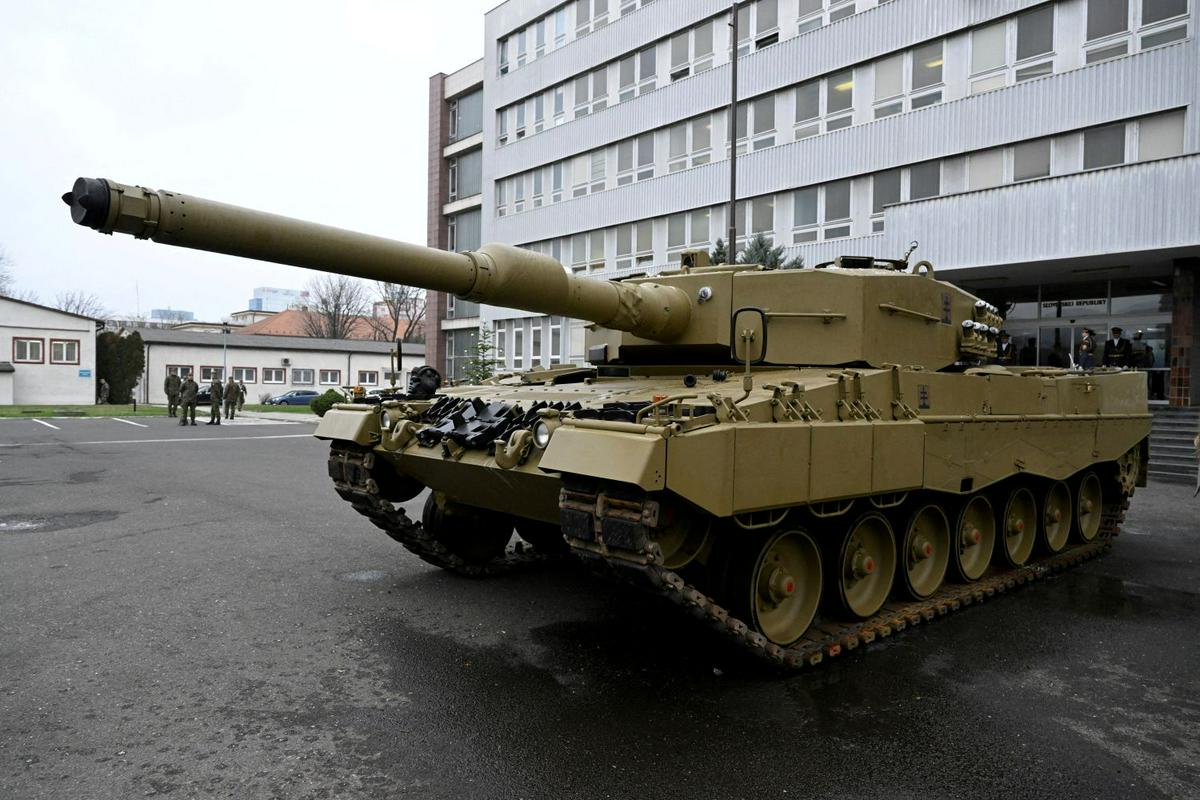 “This decision follows our commitment to support Ukraine to the best of our ability. We operate in close, international coordination,” the German chancellor said today when confirming that they will send Leopard 2 Olaf Scholz. The German media already reported on Tuesday evening that, after several weeks of pressure, the German chancellor agreed to supply Leopard 2 battle tanks to Kiev.

Kiev welcomed the German government’s decision to supply Leopard battle tanks to Ukrainian forces and to allow other countries to do the same. The head of the cabinet of the Ukrainian president, Andriy Jermak, called Berlin’s move a first step. “The first step on tanks has been taken. The next step is the ‘tank coalition’. We need a lot of leopards,Jermak wrote on social networks

In Warsaw, it is believed that this will help to stop Russia, but in London it was described as the right decision in the effort to win the war for Ukraine. The decision was also welcomed in Paris. Polish Prime Minister Mateusz Morawiecki he thanked Germany for approving the delivery of Leopard 2 tanks to Ukraine and at the same time providing one company of these tanks from its stocks.“Thank you, Chancellor Olaf Scholz. The decision to send leopards to Ukraine is a big step towards stopping Russia. We are stronger together,” Morawiecki tweeted.

British Prime Minister Rishi Sunak called Germany’s decision “the right decision”. It was “the right decision by NATO allies and friends,” Sunak, whose government also announced the delivery of 14 Challenger 2 battle tanks to Ukraine, said on Twitter. “Together with challenger 2, they will strengthen Ukrainian defense firepower,” he said. “Together, we are strengthening our efforts to ensure that Ukraine wins this war and secures lasting peace,” the British Prime Minister is convinced.

Berlin’s decision was also welcomed in Paris. France sees this as “expanding and reinforcing” the support Paris provided to Kyiv earlier this month with the delivery of AMX10-RC light armored vehicles, the Elysee Palace said, according to the French news agency AFP.

Zelenski on the dismissal of corrupt colleagues

“It’s fair, necessary for our defense and helps us get closer to European institutions,” Zelenski said about the dismissal of several officials during his Tuesday evening address. “We need a strong country, and Ukraine will become one,” he added about the changes in several high positions.