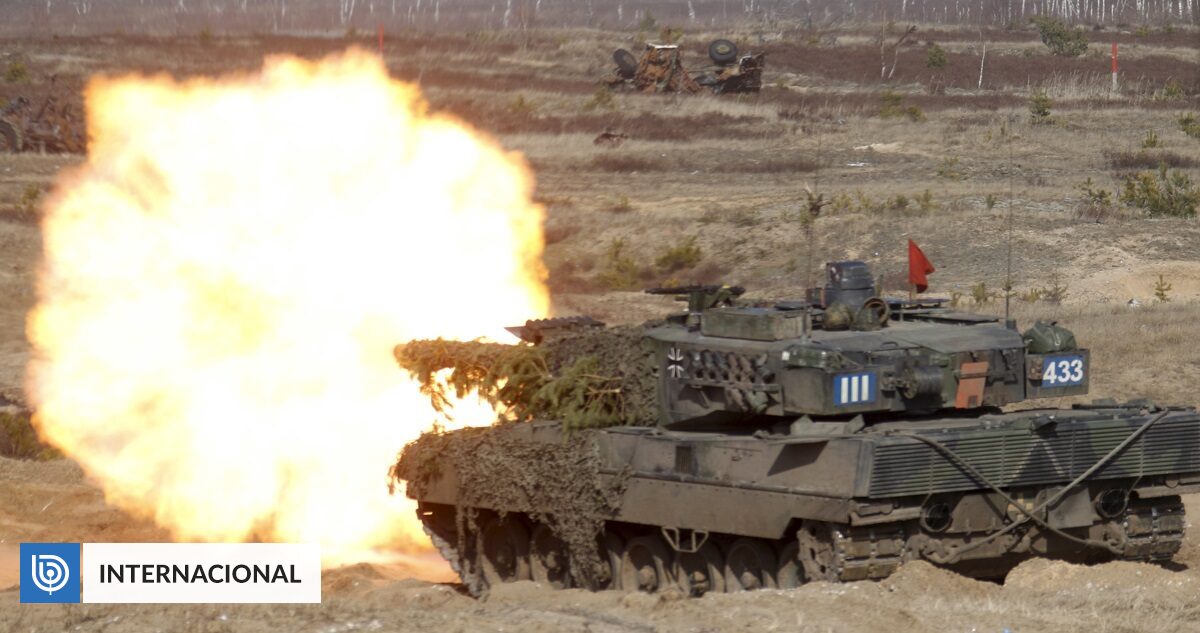 German Chancellor Olaf Scholz defended in front of the Bundestag (German parliament) today that he had sent a Leopard 2 tank to Ukraine “in close cooperation with the allies”, saying that NATO soldiers would He denied the possibility that it meant that he had participated in the war.

the government of Germany Confirmed to be sent this Wednesday leopard 2 tank a Ukraine To strengthen Ukrainian military capabilities against the Russians after days of speculation about the position Berlin will eventually take.

Countries such as Spain, Poland and Finland have already expressed interest in participating in the shipment of this weapon to Ukraine.

“This decision follows our known policy of helping Ukraine as much as possible,” Scholz said at a government meeting, defending the need to coordinate with other international partners in this area.

The executive explained that Germany will hand over 14 Leopard 2A6s in German military arsenals. According to the statement, it hopes to organize two tank battalions in a short period of time, with a view to providing training, logistics and ammunition.

German Defense Minister Boris Pistorius then said the first tanks could be sent in about three months. The announcement was made after a meeting of the Bundestag’s Defense Committee, the lower house of parliament, according to a German news agency. .APD.

He therefore explained that officials would begin the training process immediately, adding that supply routes would be established soon.

In this regard, he said, “the situation in Ukraine is very delicate.” “This is no reason to rejoice,” he said, stressing that he understood those who were concerned. “What is clear is that we will not be a belligerent party. We will make sure of that,” he concluded.

The approval from Berlin also includes permission to send German-made tanks owned by other countries such as Poland. The government of Mateusz Morawiecki threatened to act unilaterally without this permission.

Ukraine’s ambassador to Germany, Oleksiy Makeev, praised the formation of a “great coalition of combat vehicles” on Wednesday with a view to delivering such weapons to Kyiv, according to the DPA news agency.

“These tanks will help repel Russian attacks and liberate the territories and populations occupied by Russia,” he said during a visit to Hamburg, Germany. will receive these cats in Ukraine soon,” he added, quipping about the “leopard.”

In this sense, he emphasized that combat vehicles can help “save lives.” “We need everything and we are grateful for all kinds of support,” Makeev said, emphasizing that the Ukrainian Army and Armed Forces “have shown that they can handle a wide variety of equipment.” “I think we will discuss more weapons systems,” he added, without ruling out the new demands of the US.

Brooklyn crushed the weakened Lakers in the last quarterDallas basketball players do not find the right form in January. They are currently in...
Previous article
The film Grandmother’s Sexual Life of Urška Djukić nominated for the Caesar Award
Next article
INDES president confirms delays in renovation of Palacio de los Deportes