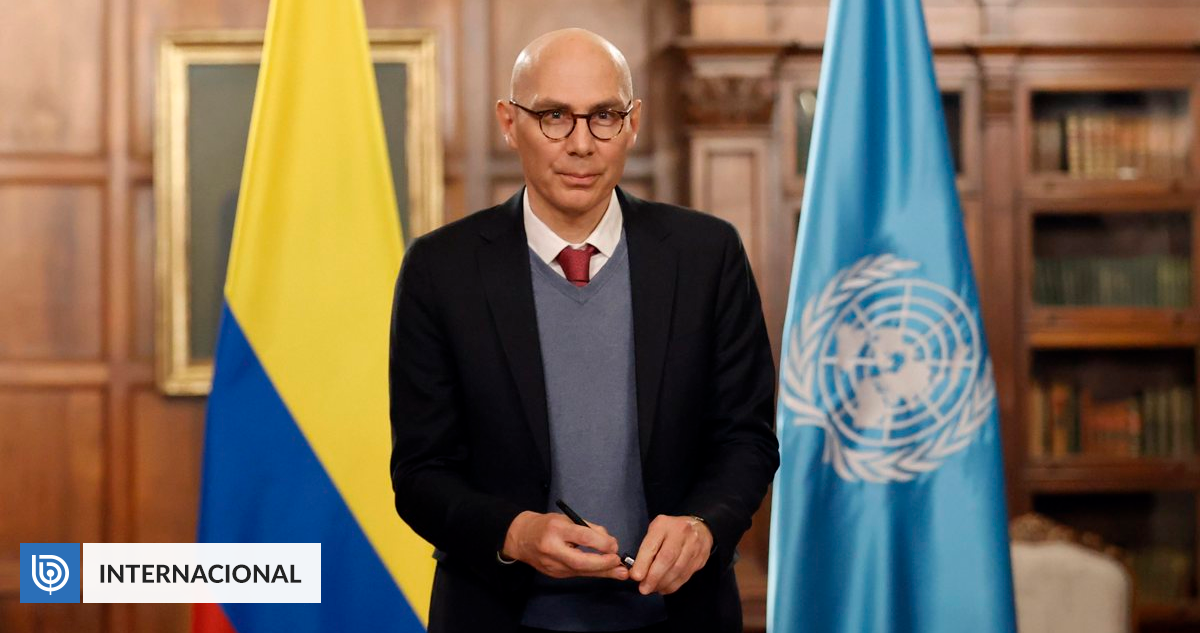 of UN High Commissioner for Human Rights Volker Türk will arrive in Venezuela from Colombia tomorrow to speak with the government. Civil society and opposition parties “on various human rights issues” in the country.

“It is very important for me to discuss various human rights issues in Venezuela with the government, civil society organizations, human rights defenders and opposition parties. From Colombia to neighboring countries.

Thus, the High Commissioner decided to include Venezuela, a country in which he had made harsh reports of human rights violations, on his first trip to Latin America, during which he also visited Ecuador.

“It’s his job to bring human rights issues to the government so they can be discussed,” said the high commissioner, who did not provide details about the trip, agenda or its duration.

Likewise, he argued that he aims to “ensure that the human rights perspective is clear in the measures that governments are taking, especially with respect to civic space.”

The visit also comes at a time when Venezuela is reopening internationally, along with reconciliation with the United States and Colombia, with which Venezuela has resumed diplomatic relations, following Venezuelan Vice President Delcy Rodriguez’s visit to Geneva last November. , he met with representatives of several international organizations and sought greater cooperation from the state.

Previous article
‘I’m the culprit’: Adriano Castillo tells why his 30-year relationship with Beatriz Alegre ended
Next article
Lawmakers approve public procurement laws and create a directorate to administer them