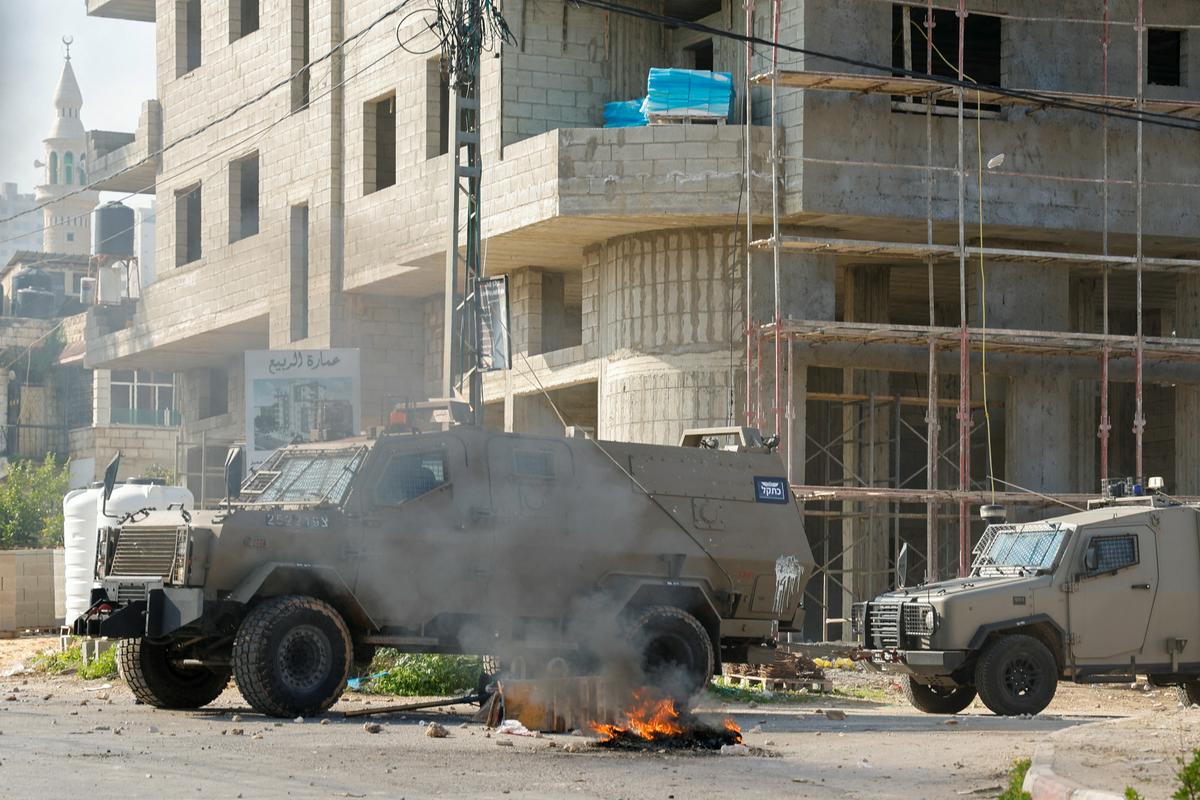 Escalation of violence by the occupying forces

Nine Palestinians were killed and several others were injured in a raid by Israeli occupation forces in the West Bank city of Jenin. The Israeli army used tear gas that hit children in the children’s ward of the hospital.

An elderly woman is also among the dead. The Palestinian Ministry of Health said 16 people were wounded by live ammunition.

In the early hours of the morning, Israeli forces stormed the refugee camp, including members in civilian clothes, dozens of armored personnel carriers and snipers. Clashes soon broke out with Palestinian fighters.

Israel’s military says it has sent special forces to Jenin to detain fighters from the Palestinian resistance movement Islamic Jihad who are said to be plotting “several major terrorist attacks”.

The army added that they killed several Palestinian fighters who fired at it. Meanwhile, Israeli forces have already withdrawn from Jenin.

Palestinian Minister of Health Mai Alkaila described the situation in the refugee camp in Jenin as critical and warned that Israeli forces were preventing ambulances from reaching the wounded.

“What is happening lately is an invasion that has never been seen before, when we talk about the scale and the number of wounded,” the head of the hospital in Jenin told Al Jazeera Visam Baker.

“The ambulance driver tried to get to one of the martyrs (killed)which was on the ground, but Israeli forces fired directly at the vehicle, preventing them from approaching it.” he said.

He added that Israeli forces fired tear gas at the hospital, which spread to the children’s ward, causing suffocation injuries among the children.

The minister called for an urgent meeting with the World Health Organization and the International Committee of the Red Cross, reports the French news agency AFP.

The deputy governor of Jenin also said the same Kamal Abu Al Rub. “The residents are living in a real state of war. The Israeli army is destroying everything and shooting at everything that moves,” he added.

Meanwhile, the Palestinian presidency condemned the silence of the international community regarding today’s attack. “This is what encourages the occupation government to carry out massacres of our people in front of the eyes of the world,” announced the spokesman of Palestinian President Mahmoud Abbas Nabil Abu Rudayn.

29 Palestinians have already been killed this year, including five children

The number of Palestinians killed in Israeli raids in the West Bank and East Jerusalem since the beginning of the year has risen to 29, including five children. At least 15 of them were from Jenin. More than 170 Palestinians, many of them civilians, were killed in similar Israeli raids last year. Last year, Israel also killed around 50 people in occupied Gaza.

Israel occupied the West Bank, East Jerusalem and Gaza in the 1967 war.