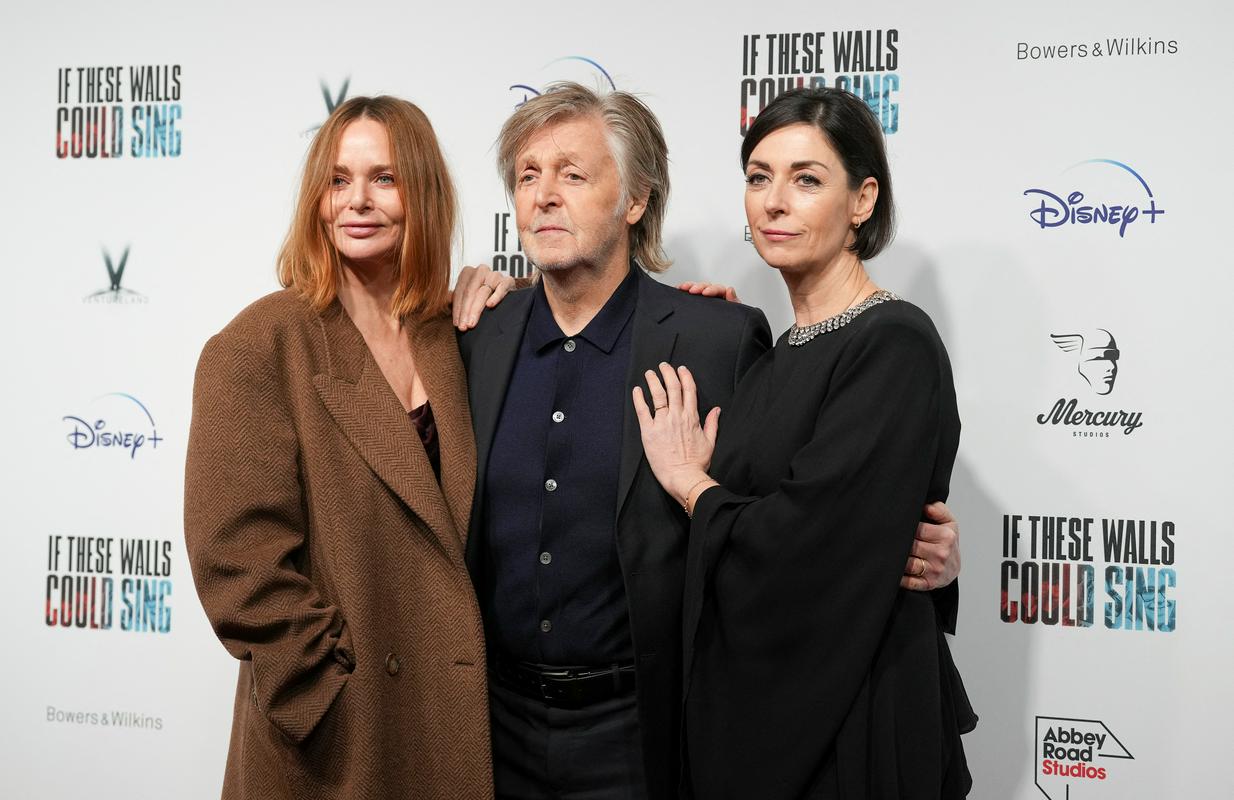 McCartney’s daughter Mary made a documentary about Abbey Road

Former Beatles member Paul McCartney was almost run over by a car while filming on London’s famous Abbey Road pedestrian crossing, his daughter Mary, who made a documentary about the studios, has revealed.

As she said in an interview with S Magazine Mary McCartney, her 80-year-old father tried to recreate the cover of the Beatles’ famous 1969 album. “When we were on our way (from the studio), I told him I was going to film him at the crosswalk, and he ran across it and the car didn’t even stop,” said Mary McCartney, adding that everything was very funny.

Documentary film If These Walls Could Sing, which is available for viewing on the Disney+ platform, is a tribute to the Abbey Road music studios on the street of the same name in London, where the Beatles also recorded their music.

Mary McCartney, 53, also said she was “very nervous” when she had to show her father the finished film. The Beatles recorded most of their music in the Abbey Road music studios and named their 11th studio album after them. “I took him to the cinema to see it and I kept thinking, ‘Oh my God, I hope he likes it,'” she further said, adding that she was relieved the next day when she was “at an event and someone said to me, ‘I met your father and he talked a lot about this documentary.'”

Mary also said that visiting Abbey Road is always emotional and reminds her of the times she spent with her now-deceased mother, Linda McCartney.

Her father Paul McCartney, another member of the Beatles, appears in the documentary Ringo Starr, a singer Elton John, Roger Waterss from Pink Floyd and Liam Gallagher. “I wondered if the film might be too domestic. But I’m a big fan of documentaries. I love them and I think the ones that are successful are those where the material is close to the director. And this film fits that. I definitely want to direct more. No I know what it’s going to be, but it’s going to have to be something that excites me, like Abbey Road.” said McCartney.

Abbey Road Music Studios in London has been in operation since 1931. In 2010, the building and the pedestrian crossing in front of it were listed as a Grade II listed building.

Youth book, 2022Members of the medical guild are in many ways a special professional group. Many face the fine line between life and...
Previous article
Is a vaccine effective against the new Omicron subspecies ‘Kraken’ that threatens the world?
Next article
The Arabs will combine Messi and Ronaldo on the pitch