The price of district heating is limited to 98.7 euros per MWh, bills are also 40 euros lower 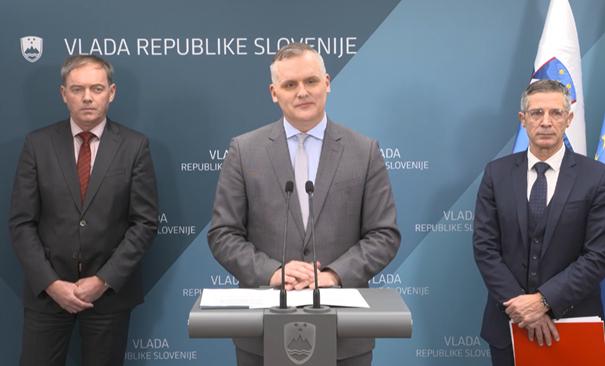 In Trbovlje, households receive a 15% discount on their January heating bill

The Minister of Environment, Climate and Energy Bojan Kumer presented a regulation that limits the maximum price of district heating to 98.7 euros per megawatt hour. In some places in Slovenia, district heating prices have risen sharply.

Minister of Environment, Climate and Energy Bojan Kumer presented the regulations adopted at Tuesday’s correspondence session of the government at the press conference. The first regulation limits the maximum price of district heating to 98.7 euros per megawatt hour. The measure is valid from January 1 this year, since in accordance with the agreements with the directors of the relevant companies, the heating bills for January have not yet been issued. “The regulation limits the variable part of the heat price, but at the same time it prevents the transfer of costs to the fixed parts of other tariff items and other consumer groups.The regulation is valid until April 30 this year. According to the minister, the average prices of district heating in Slovenia range from 45 euros/MWh to 160 euros/MWh.

Kumer reminded that the government adopted a measure to cap natural gas prices in October, thinking that this would have a sufficient impact on the wholesale prices of heat from district heating systems. “We wanted to distribute a certain part of the burden between the district heating systems themselves and the municipalities. We have largely succeeded, heat prices are competitive, limited and affordable.” In Maribor, Trbovlje, Nova Gorica, and Ravne in Carinthia, this measure was not sufficient, the minister explained. That is why the government prepared a regulation that should enable the inhabitants of the mentioned places to have affordable heating prices. Kumer also called on the management of companies such as Komunala Trbovlje and Energetika Maribor to also prepare programs for certain vulnerable groups of customers.

Director of Energetika Maribor Boris Novak said that the adopted regulation means, comparatively speaking, that the payment for heating in an apartment in Maribor, big approximately 52 square meters, without the government’s measure it would have been 145 euros, but with the measure it will amount to only 109 euros.

In Trbovlje, households receive a 15% discount on their January heating bill

“In Trbovlje, customers faced extremely high heating prices already in the middle of last year,” said the director of Komunale Trbovlje Igor Glušič. In the past five months, he said, they tried to lower the price of heating. In January, due to market conditions and the measure to limit the purchase prices of gas with the intervention law, the prices of heating in the communal services were able to decrease. At the same time, they noticed that due to lower temperatures, bills for citizens will be higher. “Regardless of the government measure, we will give a 15% discount on the price of heating to all households in Trbovlje.”

Glušič emphasized that 87 of the approximately 4,000 households that are provided with heating by the utility pay up to 200 euros per month for heating and hot water costs. “We have about two percent of users who pay bills in the amount of 300, 400 euros,” explained Glušič. They will be asked to contact the municipality and municipality for help.

The government also issued a regulation on subsidies for the purchase of wood pellets, which otherwise complements the measure, accepted in autumn. As Kumer explained, all those who bought wood pellets between September 1, 2022 and December 31, 2022 will be reimbursed part of the costs. “In the regulation we adopted, we specified in more detail the method of payment and the conditions regarding the supporting documents that the beneficiaries must present in their application.“

At 9:30 a.m., the second semi-final of the Australian Open Championship will begin in Melbourne, in which Serbian ace Novak Djokovic and American Tommy...
Previous article
Chilean peso continues to perform well against dollar, which resumes near seven-month low
Next article
Arena requires that there is match monitoring on the receiving board