Iran is also shaken by the death of teenager Nika Shahkarami. Her family blames the authorities. 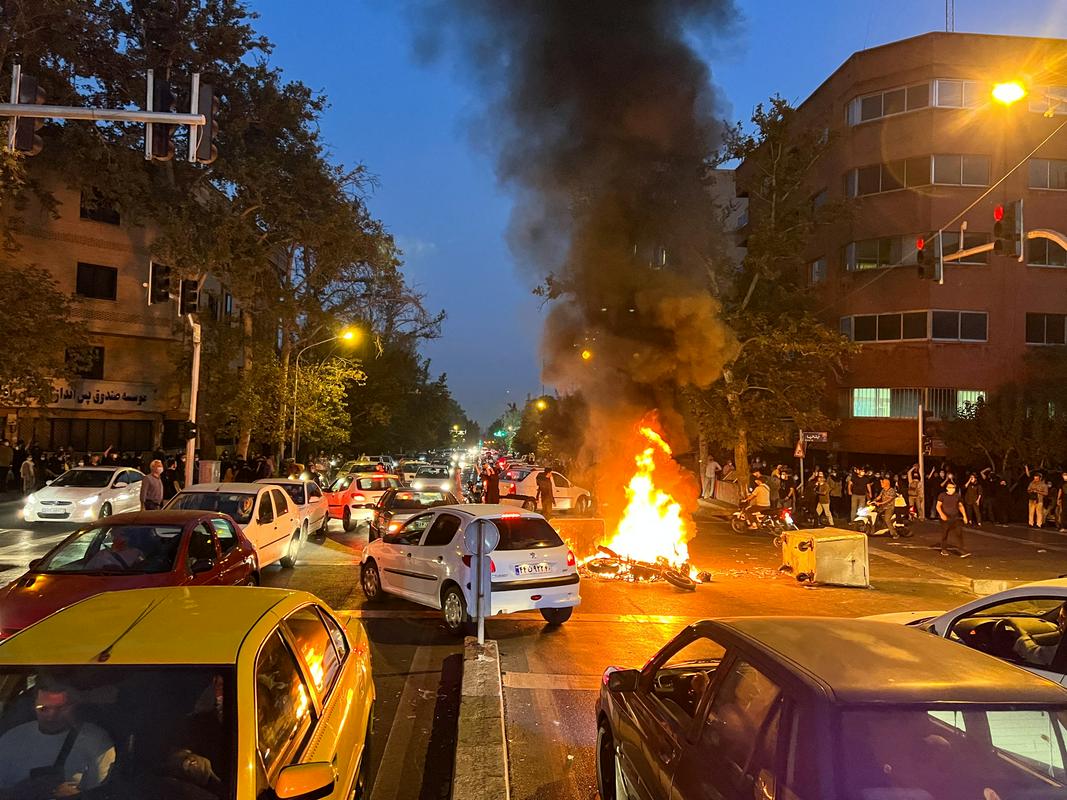 After the death of 22-year-old Mahsa Amini, Iran is now shaken by the death of 16-year-old Nika Shahkarami. She disappeared on September 20 after joining protests in Tehran. Her body was found last week, and her family blames the authorities for her death.

A teenage girl’s mother Nasrin Shahkarami in a video that she sent today to opposition media abroad, she accused the authorities of murdering her daughter.

“I saw my daughter’s body myself. On the back of her head, it looked like she had suffered a very strong blow, as her skull was shattered. So she was killed,” she said.

At the same time, she noted that the authorities tried to call her several times, but she refused to answer. “They also called other family members, saying that they would do this and that if I didn’t come forward and say what the authorities wanted,” she added.

Authorities: An autopsy revealed multiple fractures, she was thrown from a height

Iranian authorities deny involvement in the murder and the connection of her death to the current protests in the country. On Wednesday, they started an investigation into the death of a 16-year-old girl, and eight people have been arrested so far. They also performed an autopsy on the body, reports of the Iranian news agency IRNA are summarized by the French agency AFP.

The Iranian judiciary said Nika went to a building where eight construction workers were on the night she disappeared. The next morning, she was reportedly found dead in the front yard of the building. An official autopsy revealed that Nika had suffered “multiple fractures … in the pelvis, head, upper and lower limbs, arms and legs, indicating that the person was thrown from a heightJustice official Mohamad Shahriari told state media that this proved her death was unrelated to the protests.

Her family claims otherwise. After the protests on September 20, the day she went missing, Nika told a friend that she was running from the Iranian police. Her aunt, Atash Shahkarami, told BBC Persian that Iran’s Revolutionary Guards had informed her that she had been in their custody for five days before being handed over to prison authorities.

Media outlets including BBC Persian and Iran Wire reported that the family was only allowed to see Nike’s body in the morgue and was not allowed to bury her in her birthplace in Lorestan province. Instead, authorities reportedly “kidnapped” her body, according to the BBC, and secretly buried her on Monday, her 17th birthday, in a village dozens of kilometers away.

The statement of the official autopsy is also contradicted by the death certificate issued by the morgue in Tehran and obtained by BBC Persian, which states that she died of “multiple blunt force injuries”.

Authorities also reportedly arrested her uncle and aunt. Arash Šakharami’s aunt later appeared on television and repeated the authorities’ findings that the girl had fallen from a multi-story building. Her sister said in a video posted online today by Radio Farda, a Persian station based in Prague, that the aunt spoke under duress from the authorities.

The Oslo-based non-governmental organization Iran Human Rights (IHR) also responded to the death of Nika Shahkarami, which also blamed the authorities for her death. “The Islamic Republic’s conflicting claims about the girl’s death based on footage and forced confessions from her relatives are unacceptable,” the organization announced and called for an independent investigation.

Protests after the death of Mahsa Amini

Mass protests erupted in Iran in mid-September after the death of 22-year-old Mahsa Amini, who was arrested on September 13 by the moral police for allegedly wearing a hijab headscarf inappropriately. Her family claims she died from a blow to the head, while the police deny any blame for her death.

Meanwhile, the US has imposed sanctions on seven senior Iranian officials for their role in the violent crackdown on protests following the death of Mahsa Amina, including the interior minister. Ahmad VahidiMinister of Communications Eisi Zarepur and five senior security officials for shutting down Internet access and continuing violence against peaceful protesters, the US Treasury Department said.

Previous article
Constanza Olivares shines in the Vela Sunfish to give Team Chile another gold medal at Odesur 2022
Next article
2 dead, 48 injured after bus overturned in Punta Cana: 4 Chileans involved