Cuban president arrives in China, where he meets with Xi Jinping and signs some agreements 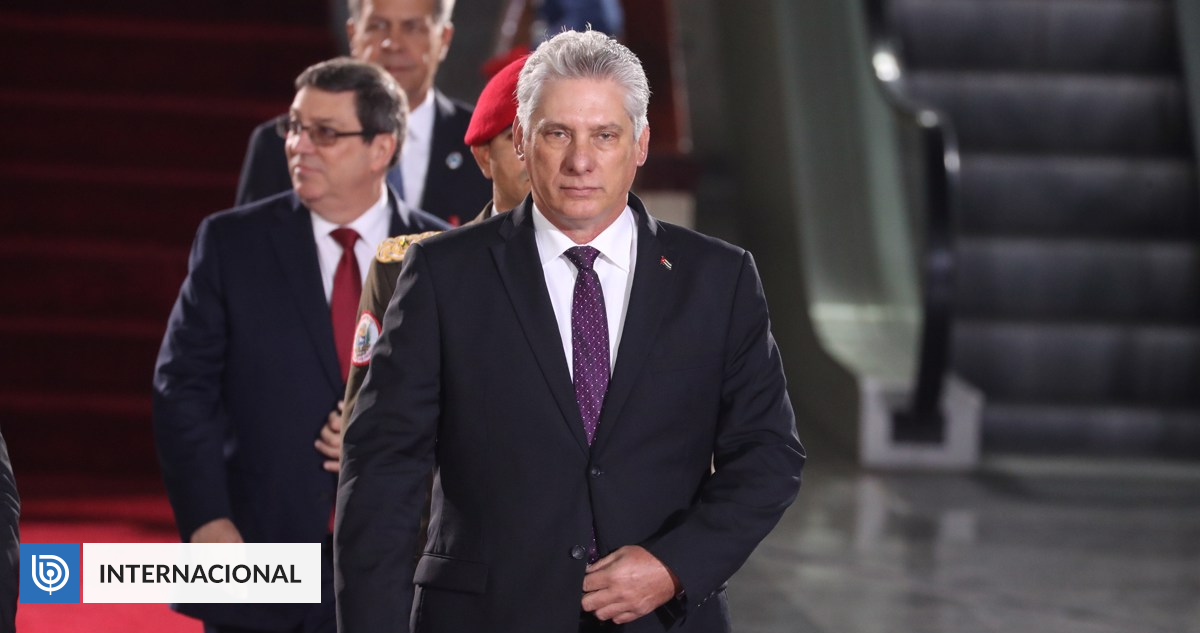 President of Cuba, Miguel Diaz Canel arrived in China this morning for a two-day official visit to meet Chinese ruler Xi Jinping signs an agreement between his country and the Asian giants.

“We are honored to be back in China, where we have so many close ties. An intense, productive and certainly exciting time awaits us,” the president wrote on Twitter, along with images of his arrival in Beijing.

The rulers landed in the Chinese capital from Turkey, a stop before an international tour that also took them to Algiers and Russia last week, leaving the Caribbean island experiencing one of its worst economic moments in decades. , characterized by a serious energy crisis.

In images from his arrival, he is seen stepping off the plane with his wife Lis Cuesta.

The signing of more than 10 bilateral agreements is also expected during his stay, the same source continued.

The entire stay of the Cuban president and his entourage is expected to take place in the “anti-covid bubble”. A closed-circuit modality where visitors have no contact with the outside world, following the strict restrictions that China has maintained since the beginning of the pandemic.

This type of ‘bubble’ also saw the visit of German Chancellor Olaf Scholz earlier this month and the Winter Olympics in the Chinese capital last February.

Mao Ning, a spokeswoman for China’s foreign ministry, emphasized at a press conference earlier this week that Diaz-Canel would become the first Latin American and Caribbean president to visit China after the 20th Congress of the Chinese Communist Party (CPC). . .

“I am confident that the visit will give new impetus to the development of China-Cuba relations and bring new progress to the friendship and cooperation between the two countries,” Mao added.

The most important Cuban delegation to travel abroad since the pandemic began is made up of Deputy Prime Ministers Ricardo Cabrisas and Alejandro Gil, as well as Foreign Affairs Officer Bruno Rodriguez. Foreign Trade, Rodrigo Marmierka. Vicente de la O Levi of the Department of Energy and José Angel Portal of Public Health.

During his stay in Moscow and Ankara this week, Diaz Kanel met with both Russia’s Vladimir Putin and Turkey’s Recep Tayyip Erdogan.

The last visit to China by a Cuban ruler, and first as president, took place in November 2018 and lasted three days, during which President Xi met and agreed to promote “friendly” relations between the two countries. Agreed, and several bilateral agreements were signed.

In 1960, Cuba was the first Latin American country to establish diplomatic relations with the People’s Republic of China, created in 1949.

China, on the other hand, has traditionally supported Cuba in international fora such as the United Nations, and has called for the lifting of US embargoes.

The referendum on leaving the EU took place in 2016As a result of the United Kingdom's exit from the EU, British consumers spent a...
Previous article
Race with Winter to restore power in Ukraine after Russian bombing
Next article
Discovery of mechanism by which monkeypox evades human cellular defenses