Bijol decided with a header in the 93rd minute in Verona 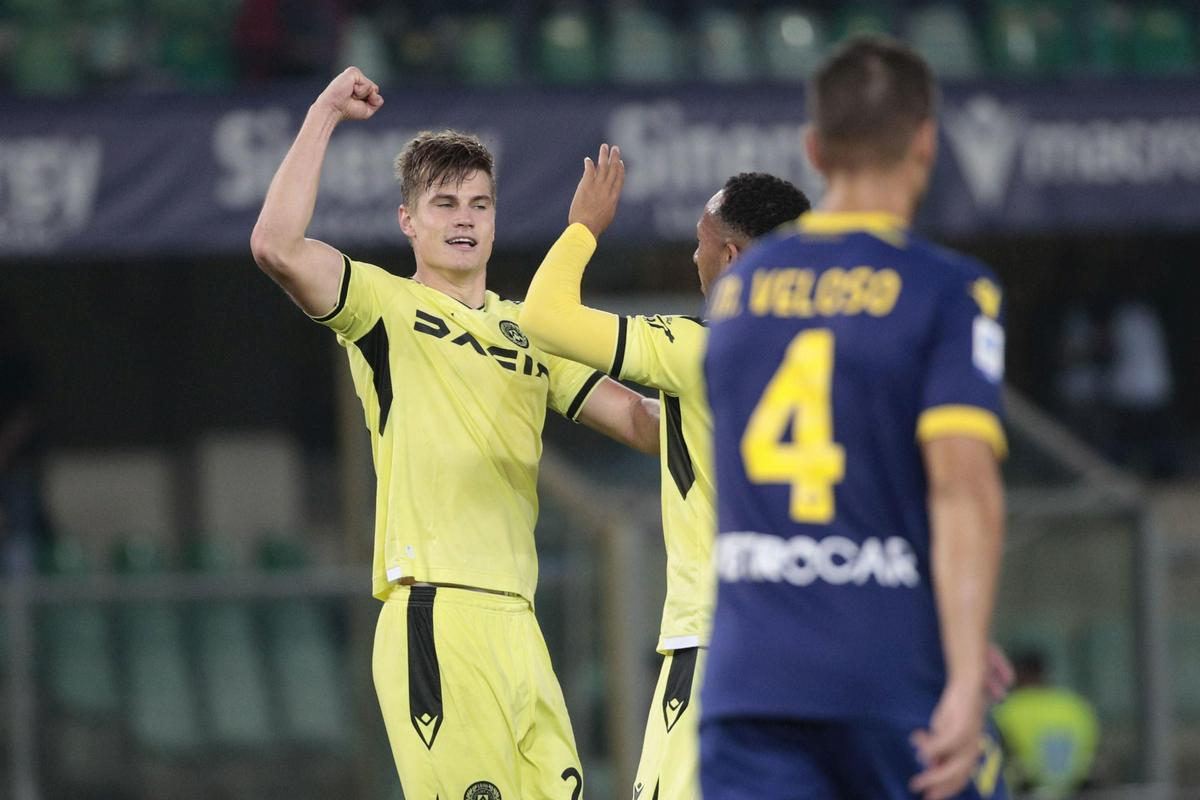 The Udinese players were looking forward to their sixth consecutive victory in Serie A. In the last match of the 8th round, Verona took the lead, but in the end were left empty-handed (1:2). The decisive goal was scored by the Slovenian representative Jaka Bijol in the 93rd minute.

Udinese is the real hit of the beginning of the new season. He suffered his only defeat in the first round, champions Milan were better with 4:2 at San Siro, followed by a goalless draw against Fiorentina. Andrea Sottil’s team then caught a winning rhythm and did not concede a single point. They are currently in third place, only Napoli and Atalanta have a point more.

Bijol and Lovrić again in the starting line-upBijol shone two weeks ago when he rattled Inter’s net in the 84th minute for a 3-1 win at the Dacia Arena. This time he was on the pitch for the entire 90 minutes. Sandi Lovrić, who scored in the 5th round against Roma (4:0), this time played until the 67th minute.

Not everything went according to plan for the people of Videm at the Marcantonio Bentegodi Stadium. Verona took the lead midway through the first half when Josh Doig rattled the net with a superb volley from the left side of the box. The video referee intervened, but after watching the video, he realized that none of the guests had previously played with a hand, so the Scot’s goal was valid.

Samardžić brought in extra energy after enteringUdinese continued to press, had a great advantage in possession of the ball and many opportunities. In the 58th minute, Lazar Samardžić entered, and ten minutes later he hit the post. Portugal’s Beto took care of the equalizer in the 70th minute, passing Gerrad Deulofeu.

It was time for the judge’s allowance. In the 93rd minute, the excellent Samardžić sent the ball in front of the goal from a free kick from the left side, the net keeper Lorenzo Montipo swam into the void, and Bijol scored the victory with an accurate header from five meters unobstructed in front of the goal.

On Sunday at 15:00 there will be a very interesting match in Vidmo, Udinese will host Atalanta in the fight for the first place in Serie A.

Previous article
Chilean scientists seek to clarify whether Covid is linked to heart disease risk
Next article
Why are Medel, Sánchez and Vidal not in Mineduc’s book?: Editorial and Felicevich clarify controversy